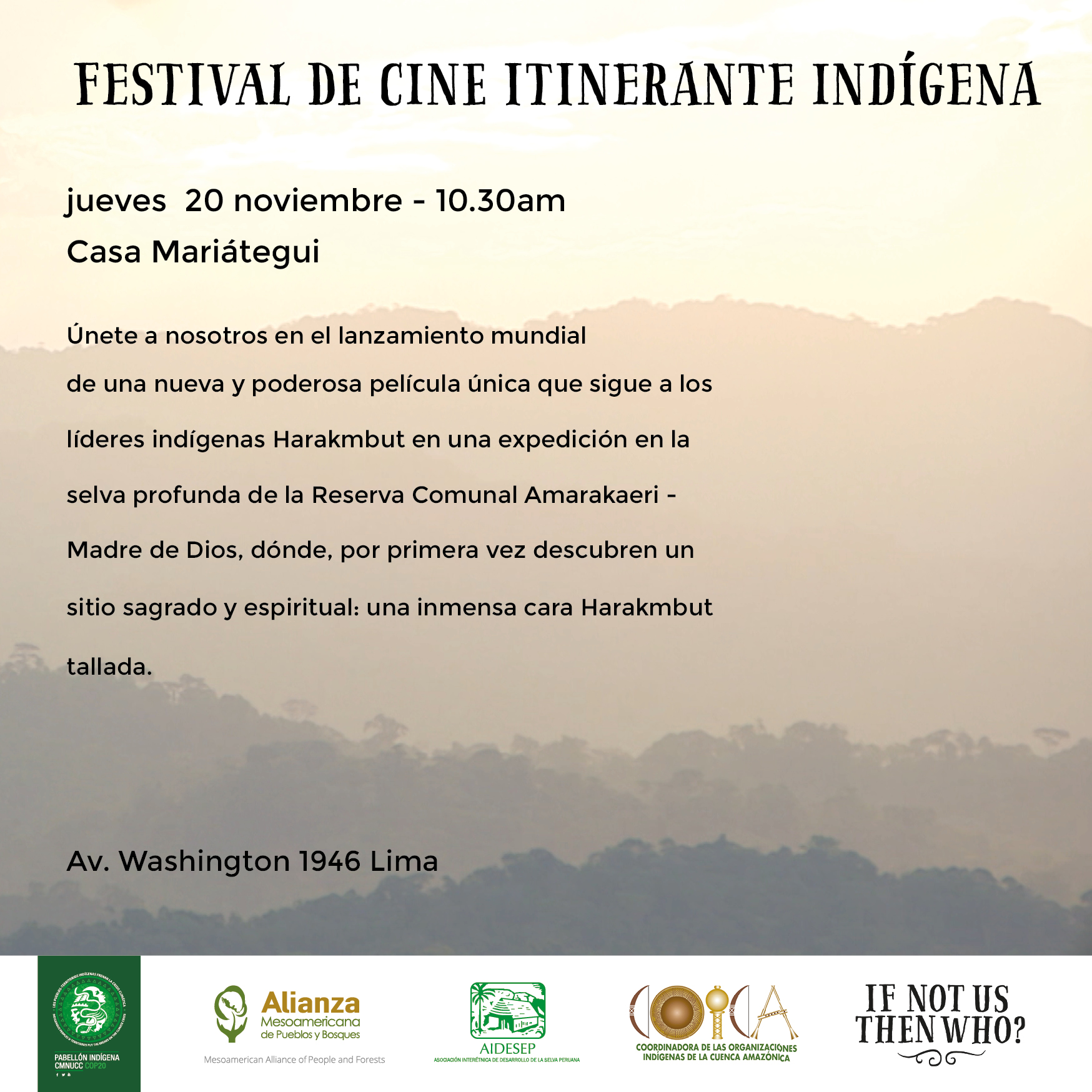 An indigenous expedition has recently returned from rediscovering and filming for the first time an ancient sacred site in the heart of Peru’s Amerakaeri Communal reserve, a site that is now under threat from powerful companies proposing to exploit its reserves

With so much at stake, biologically and culturally, three generations of Haramkbut set out on a six-day expedition with a filmmaker who captured the never-before-filmed Haramkbut stone face and sacred site, and the joy of the Haramkbut people at finding an icon that is central to their story as a people.

The very existence of the carved face has been the stuff of legend, passed down for generations among Haramkbut families, but few among their people had ever seen it. The leaders hope their journey to the “rostro” and the film that tells their story will lead to international recognition and more effective protection of the Amarakaeri Communal reserve. To them it would mean salvation for their families, their communities and their forests.

Despite being a flagship national park, swaths of the reserve have been devastated by the extraction of gold and petroleum, putting the reserve and its forests at grave risk.

More than 90% of the reserve—home to thousands of species of plants and animals and some of the last remaining primary tropical forest in the world—is covered in concessions, granted by the Peruvian government.

• The trip was funded by Rainforest Foundation US and the Ford Foundation.