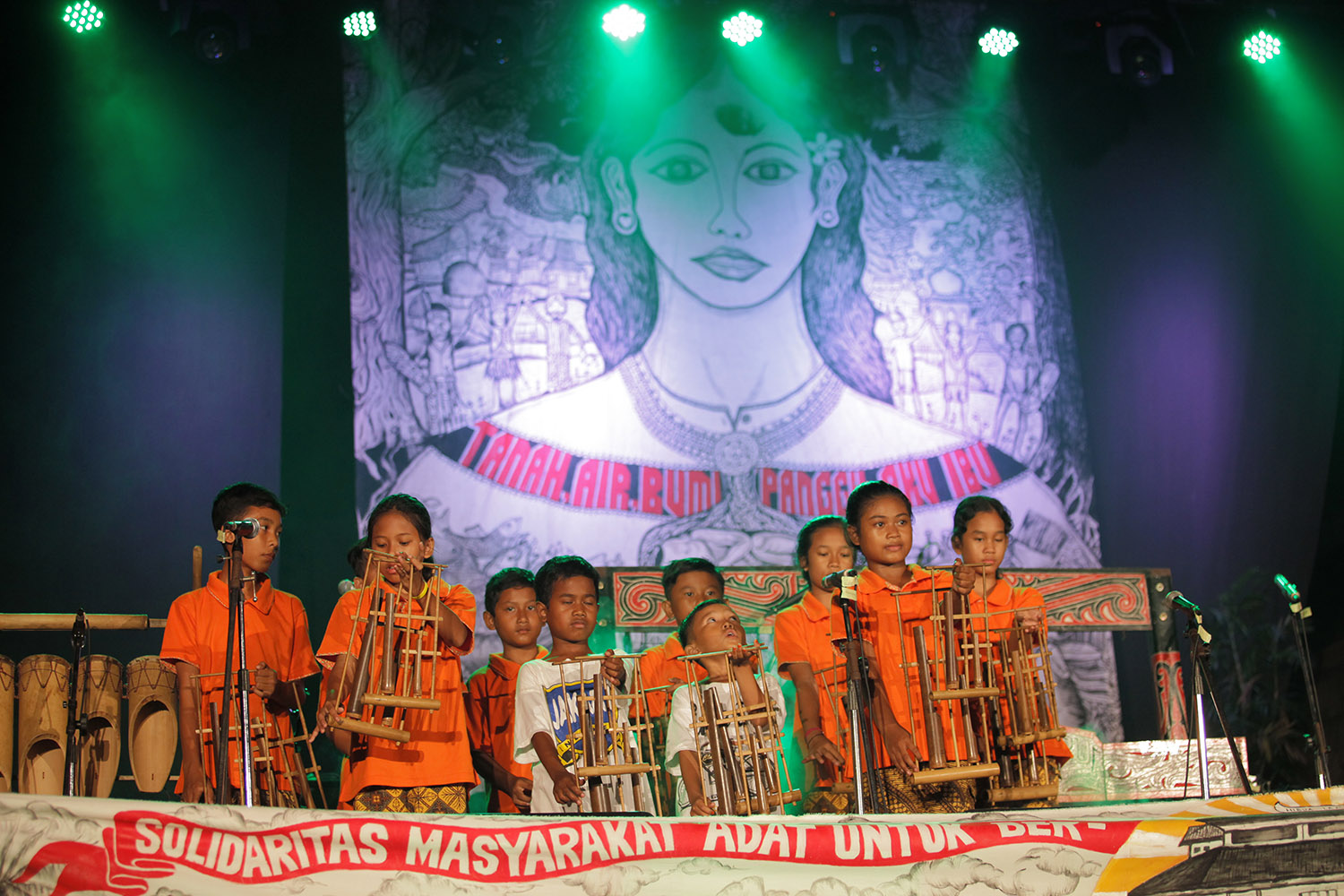 Indigenous Peoples and the Never Ending Promise of Sovereignty

Politically sovereign, economically independent and culturally dignified are the main objectives that are trying to be achieved by The Indigenous People’s Alliance of the Archipelago (AMAN) since the organization was founded in 1999. Seventeen years have passed, but those dreams are still in uncertainty waiting for Indonesian government to ratify the Law of indigenous peoples stalled in the Parliament. Through the International Day of the World’s Indigenous Peoples (HIMAS) 2016 which is commemorate throughout the world, AMAN try to remind the government to immediately resolve the pending promise.

“Through this celebration we want to keep urging the Government, Parliament and the House of Representatives that the Law on Recognition and Protection of the Rights of Indigenous Peoples (RUUPPHMA) can be one of the priority bills to be discussed and approved in 2017. In addition, AMAN also urges President Jokowi to form Indigenous Peoples Task Force”, Abdon Nababan, AMAN Secretary General stated in his opening speech of the Indigenous Peoples Festival held at the National Museum in Jakarta last August 9, 2016.

This year the IP’s Day celebration commemorated by AMAN with the theme of  Indigenous People’s Education, Culture and Spirituality. Through this theme, AMAN reinforces the importance of education in accordance with the culture, spirituality and interests of indigenous peoples. Because education is a basic right of all Indonesian citizens and the government is obligated to ensure the education system is free from discrimination. Therefore, indigenous peoples should have access to educational services that are in-line with their culture and their mother tongue language.

Although various international instruments and national laws already give their mandate, but in reality the right to education has not been fully enjoyed by the majority of indigenous peoples. The available data shows that there are striking differences between indigenous peoples with the general public regarding their access to education, lessons absorption and achievements. The education sector not only reflects history of violence, discrimination and marginalization suffered by indigenous peoples, but also reflects the struggle for inequality and proper respect for their rights as a group, as indigenous community, as well as individual citizens.

In cooperation with the Ministry of Education and Culture, AMAN together with representatives of indigenous peoples from various regions in Indonesia, artists and cultural activists, and supporting organizations held an Indigenous People of the Archipelago Week, which took place from 7th to 9th August in Jakarta. The overall event opened with cultural parade involving around 400 indigenous peoples and Jakarta residents marched from Hotel Indonesia roundabout and ended up at the National Museum in Jakarta. The march was followed by national seminar on the Right to Education, Culture and Spirituality in the Indigenous Peoples Law,  as well as  exhibitions for indigenous creative art works, workshops on traditional and contemporary art, indigenous peoples documentary films screening and discussions, and the cultural music stage performance.

In film screenings and discussion, Indonesia Nature Films Society (INFIS) in collaboration with Life Mosaic screened short films that have been produced for If Not Us Then Who global campaign. The Semunying film featured in one of the discussions after the screening. It tells story about conflict between palm oil companies with Dayak Iban community in Bengkayang West Kalimantan.

Since 2004, Semunying Jaya indigenous lands seized by PT. Ledo Lestari, a subsidiary of PT. Duta Palma Nusantara Group. PT Ledo Lestari has deforest their customary and production forest by burning their land for land clearing process. Whereas, inside those 1,420 hectares community forest covers their ancestor graves, clean water sources, sacred sites and various other types of communities plantation. On December 15, 2009, the Bengkayang Regent has stated the region as community forest for Semunying Jaya resident. Land tenure action by PT. Ledo Lestari was obviously close indigenous peoples access of the forest.

Land grabbing activity by PT. Ledo Lestari against Semunying Jaya indigenous peoples not happened without resistance. Various of ways have been carried out by Semunying Jaya indigenous peoples to stop PT. Ledo Lestari activity and to get their compensation. Ibu Margareta, as one the speaker in the discussion and as representatives of indigenous peoples who are victims of conflict palm in Semunying, also shared his experience related to the film. “Until now, we not even received a single tip of a needle on our land compensation. We’ve brought this case to court, but the Bengkayang district court did not grant our assertion.”