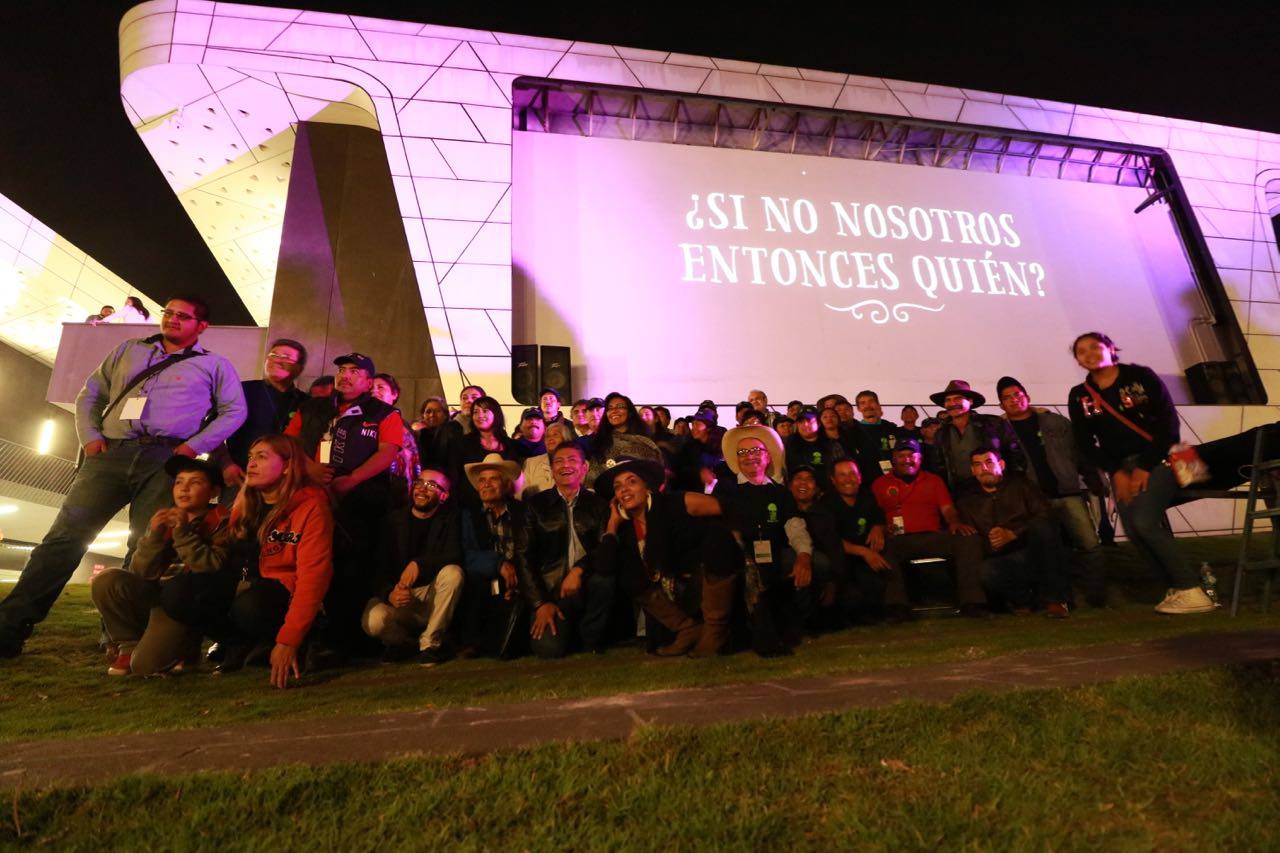 If Not Us Then Who? Showcasing Biodiversity

After the signing of the Paris Agreement in April, the big focus for the If Not Us Then Who team for 2016 was the UN Conference on Biodiversity (CBD) in Cancun.

Indigenous peoples represent 4% of the global population yet they protect more than 80% of the world’s biodiversity [source: World Bank]. Their voices are essential in these discussions.

So throughout the second half of the year the If Not Us Then Who team worked closely with our partners AMPB to bring a new set of indigenous stories to the CBD.

The team visited partners in Panama, Mexico and Colombia to record new stories with Guna, Embera, Otomí and Tikuna communities.

These stories give different perspectives of the multifaceted relationships that indigenous communities have to the biodiversity that they steward.

The Guna, who are successful protectors of the forests along their coastline, are now trying to gain proper control over the seas between their island homes, where luxury boats pass through with little concern for the marine ecosystems.

Embera communities highlighted the importance of their culture for the protection of biodiversity. Ancestral connections to their forests come alive in the Embera cultural traditions, which Embera youth are reviving through dance, bodypainting and film.

In Mexico, Otomí communities play an important role in protecting the winter home of the Monarch butterfly that migrates from Canada and the USA. Several have won awards for their conservation efforts that also serve to maintain healthy water supplies in the region.

In Colombia, the Tikuna, Yaguas and Cocamas who live in San Martín de Amacayacu are treated as obstacle to conservation, when they have lived harmoniously there for millennia. Their rights have been systematically violated since the National Park was created in 1975.

With these new short films, we set to work to create a series of events in Mexico City to bring these stories to new audiences.

Universidad Autónoma de Chapingo was our first event, where protagonists from our Mexican film, Owners of the Forest, had a preview of their film and provided feedback into the final edit. Gustavo Sanchez from redMOCAF spoke alongside the film’s protagonists, followed by a very special performance by Chalanes del Amor.

In La Roma, we participated in the Huerto Roma Verde film festival, screening films from across Central America. Candido Mézua, indigenous leader from Panama shared stories from his community.

We premiered the new Mexican film at the prestigious Cineteca venue, joined by members of redMOCAF and Francisco Osbaldo Garcia Vanegas, community leader and protagonist from the Michoacán film. Moyenai’s performance about Mother Earth was the evening’s finale.

Events then moved to Cancun for the UN Conference on Biodiversity. If Not Us Then Who? hosted a community corner for our regional partners, AMPB and COICA at the city’s planetarium. Screenings were interspersed with workshops in drone technology and media, youth panel discussions and the presentation of important new research.

The events culminated with Global Canoe, a mobilisation on Cancun’s waterfront organised by AMPB and Greenpeace Mexico, to make a visual display by indigenous peoples and their allies that their voices must be heard when global decisions are made about the world’s biodiversity.

In 2017 If Not Us Then Who is looking ahead to accompany our indigenous partners as they build towards the UN Climate Conference in Bonn in November, and other important milestones along the way. In March 2017, the team supported Indonesia’s Indigenous Peoples Congress, organised by AMAN. Our partners from INFIS worked with young filmmakers and writers to hone their storytelling skills (take a look at their work here). Throughout the year we will be working to share their stories with the decision makers who are shaping key international policy about our climate and our forests.