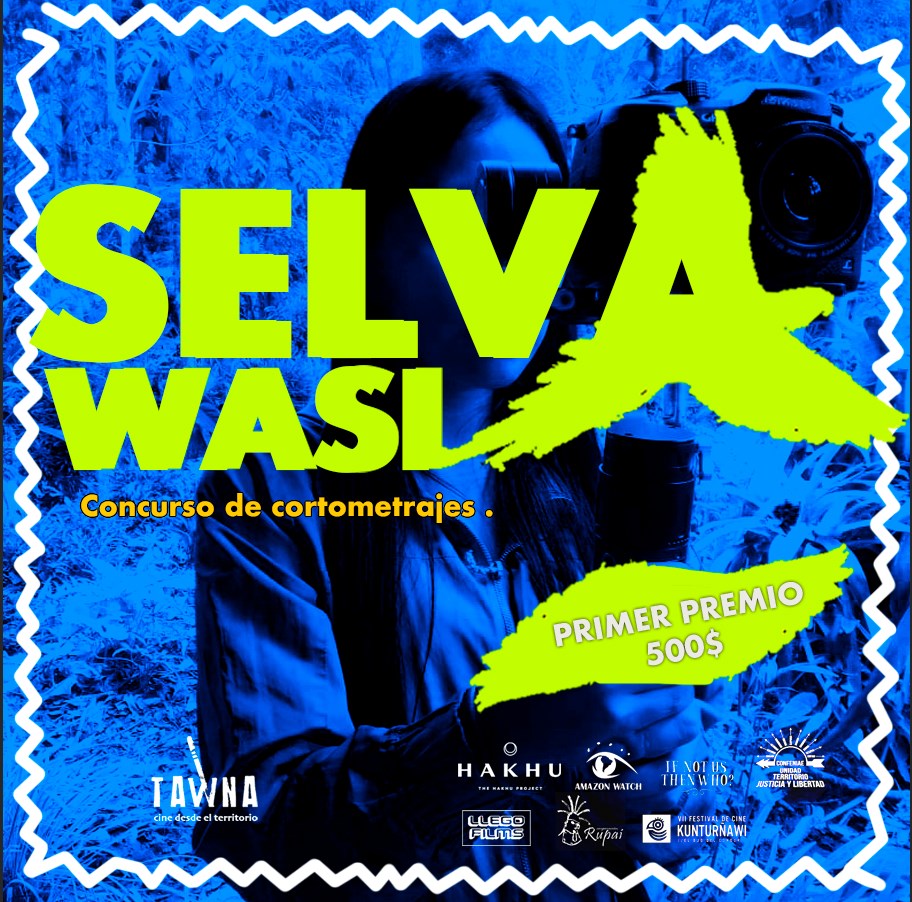 UPDATE: Indigenous filmmakers respond to extractive threats during Covid-19 with a film contest

Thanks to all the participants for submitting their short films to the Selva Wasi contest. Tawna presents the jury, which will select the winner. Results will be communicated on Sunday, May 3. WITSAJA!

Frida Muenala, Kichwa-Zapoteza filmmaker – She studied Film and Video at the San Francisco University of Quito. Her first documentary Huellas del Tiempo won the COCOA award. She has made the short films Ella and Warmi Luna – Gunaa Sol, which have been screened at the Smithsonian Museum in Washington, the University of New York, California and Austin Texas. She was in charge of the promotion and distribution at a national and international level of the Feature Film KILLA. The documentary Warmi Pachakutik is her first film and made its preview in New York City within the May Sumak Kichwa Film Show case 2019 and in the No.23 edition of the Malaga Festival.

Leo Cerda from the Kichwa community of Serena in the Ecuadorian Amazon. Climate activist and indigenous rights advocate focused on efforts to build a fairer and more sustainable society. Like many indigenous peoples at a young age, he had no choice but to learn about the struggles of his people, so he began working with local grassroots organizations to raise awareness of the environmental and cultural impacts caused by the oil industry. Leo is founder of the HAKHU Project, a young organization that supports community-based economic initiatives as a way to fight against the development of oil and mining exploitation in the Ecuadorian Amazon. He currently serves and works with many organizations locally and internationally, bringing together indigenous community initiatives and international support.

Piety Zurita
Cultural Manager with Administration and Management. Her training has been linked in the field of Cultural Policies. Since 1998 it has been contributing to the development of culture through the creation and execution of local, regional, national and world cultural projects. She worked (February 1987 to August 2000) at the CCE Núcleo de Chimborazo. In 2000, together with indigenous and mestizo artists, they created the Native Art Foundation, for research, dissemination, preservation of tangible and intangible cultural heritage, promotion and cultural dissemination.

The Amazon and its inhabitants are also in danger in the face of the COVID19 pandemic: the health of indigenous nationalities is threatened and in the face of the economic crisis, companies are asking to accelerate the extraction of resources in the jungle.

In response to this threat Tawna Films is calling for local filmmakers from the Ecuadorian Amazon to tell the world about their situation and participate in the SELVA WASI short film contest.

Entrants should send a short film of up to 3 minutes that shows the need to protect and respect the Amazon and that presents sustainable alternatives for its future, without the need to exploit mother nature.

“We are the root of our grandparents and we are the guardians of the jungle. Young people, let’s go out with our cameras to spread what they are doing to us. They are killing our rivers, our forests and our animals. Let’s take advantage of the filming tools to show what the big oil companies are doing to our communities. I invite you to become part of the resistance, of the digital resistance.” – Sani Montahuano Ushigua