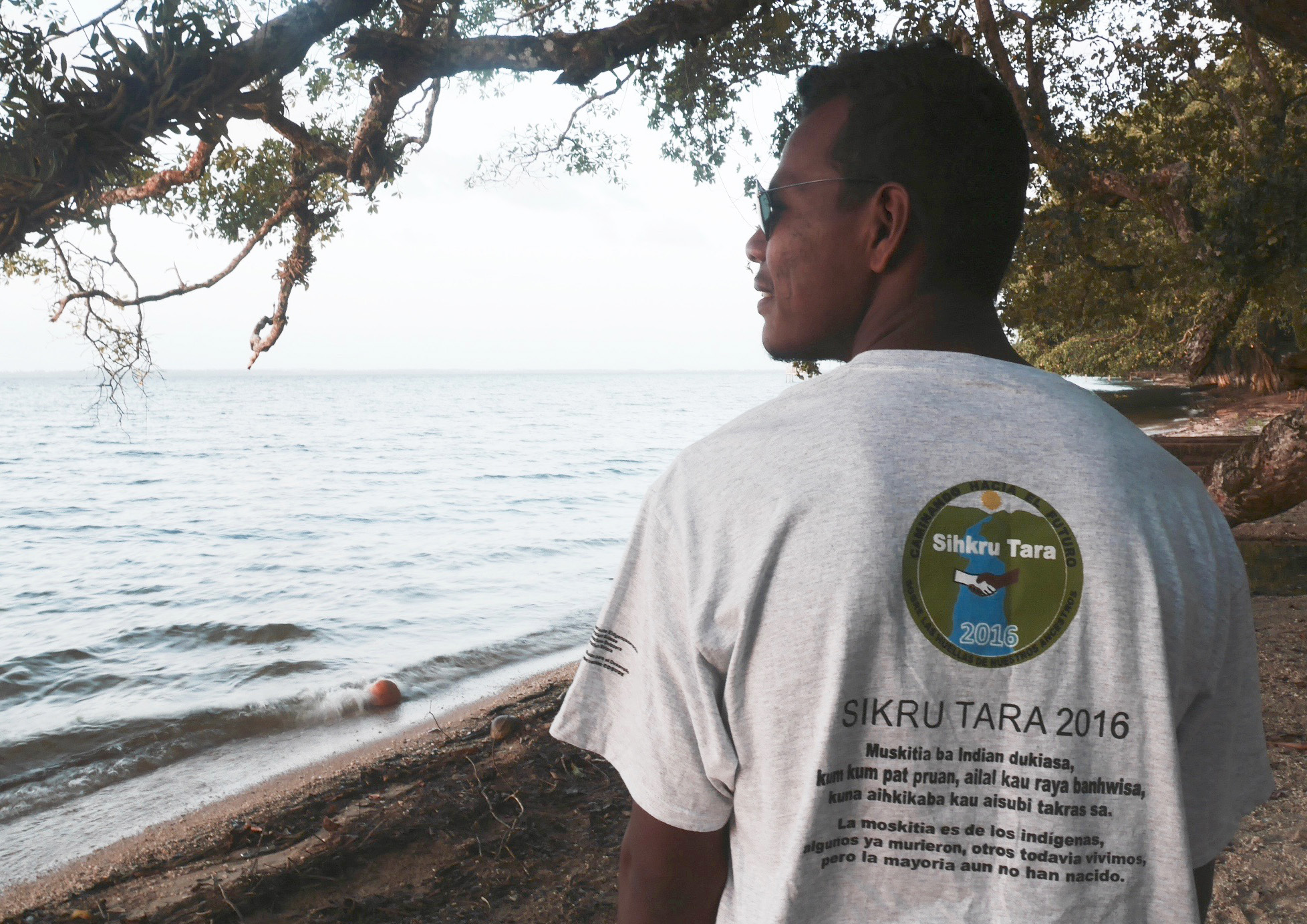 “Walking into the future over the footprints of our ancestors.”

This is the vision behind the binational celebration that unites indigenous Miskitu communities on both sides of the Honduran-Nicaraguan border. The Sihkru Tara is a rousing five day celebration of unity, connection and cultural vitality, ‘Sihkru’ originally being a festive ritual to communicate with the spirits of the dead and ‘Tara’ meaning big. It is both an exchange across generations and a strategy to overcome divisions drawn by distant officials in disconnected capitals. It is a space for closeness and solidarity, and a movement for defiant pride in indigenous identity. Miskitu communities have long held local celebrations to connect with ancestral spirits, share chicha from the same large pot and dance through the night to songs that speak of love, death and mermaids, the malevolent water spirits often to blame when things go awry. However the impressive logistical feat to bring Miskitu communities throughout La Moskitia together, from both sides of the border, is only in its 13th year. This was the brainchild of Brooklyn Rivera, leader of YATAMA, the Miskitu indigenous organisation of Nicaragua. He described the vision of Sihkru Tara, “to revitalise the culture and to strengthen the identity, the land rights, the defence of natural resources.”

Invasions of indigenous lands, particularly by mestizo agriculturalists, have left indigenous communities on both sides of the border facing violence on their own lands, even after most have received land titles. In many cases migration to supposedly “empty state lands” in La Moskitia has led to illegal land sales to armed settlers who are clearing large areas of forests. In some places a small minority of Miskitu have illegally sold parts of their lands and the invasions have escalated as more settlers arrived. Community leaders hope that by strengthening their cultural identity those Miskitu will be encouraged to value their connection to the earth more than the money they can get for it. As Nacel Kiapa Pantin, President of the Territorial Council of Bakmasta in Honduras, explained, “We want to remember our parents and our grandparents who looked after the land totally, who didn’t get involved in selling land.”

The challenges faced by indigenous peoples across the region have much in common and the Sihkru Tara, timed to coincide with International Indigenous People’s Day, is increasingly becoming an affirmation not just of unity amongst Miskitu, but of all the region’s indigenous peoples. Ceferino Pravia described how “the government and state bodies at the moment are trying to exterminate the culture of indigenous peoples and create a society where everyone is the same. So we are fighting against this.” Miskitu performers were followed by Garífuna drumming, Rama and Mayangna ritual dances, and Tuahka music to create an inclusive event for indigenous solidarity.

Since the first Sihkru Tara in Nicaragua, it has been alternating between the two countries, with this year’s event organised by MASTA, the Miskitu indigenous organisation of Honduras, in the Honduran department of Gracias a Dios. 485 Nicaraguans crossed the border for it. They kicked off the festivities in the Nicaraguan border town of Waspam, before travelling to Mocorón, for the Sihkru’s Honduran inauguration. On the third night festivities were dispersed amongst different communities around the region before finally reconvening in the regional capital Puerto Lempira for two final nights, where around 1000 people were in attendance.

Joakina Acuña Cruz, the only female Miskitu singer, recalled that at the first Sihkru Tara, “The oldest members of the communities showed us the activities of our ancestors, what the culture used to be. We saw that we were digressing.” Since then Sihkru Tara has played an important part in connecting Miskitu youth to the traditions of their people and reinvigorating the passion for music, dance and a cultural heritage that is still being threatened by incessant globalisation. “If it wasn’t for the Sihkru Tara, the culture would have been lost.” Joakina stated, “Young people didn’t want to dance to Miskitu music. They only wanted to dance to disco songs, they were embarrassed to dance to their own music! But with the Sihkru now, everyone dances to it!”

Although the music and dance plays an important role, some would prefer the focus to be more clearly spiritual. But even a young man who claimed to have just come for the party reflected, “When I see the old women dance, I wonder how my people used to be.” If those women’s moves were anything to go by, his people have a deeply vivacious history running through their veins. Never have I seen such youthful movement in the hips of an 80 something woman. I complimented one lady on her dance skills and soon found myself dancing with her before an increasingly large crowd of amused faces and camera phones. Her laughter-lined face beamed pure joy and she had nearly boogied her way down to the ground before I even realised I was being challenged to see ‘how low can you go.’

Between the musical performances there were also presentations of spiritual rituals, such as to communicate with the spirits of the dead and ward them off taking the soul of a dying relative. Other cultural presentations represented the lure of mermaids and the trials of hunting, while during the afternoon there were forums to discuss questions such as governance and natural resource management.

The questions and tensions raised by the Sihkru Tara may be familiar to many indigenous communities. How far should traditions fuse with modernity to ‘bring the kids along’? Should beer, plastic plates and foreign lyrics be barred from celebrations of indigenous heritage? Is it helpful for Miskitu youth to see their culture enjoyed by foreigners, such as the US marines who got a quick induction to Miskitu footwork when they joined the dance floor in Puerto Lempira? Is it more important to practice cultural traditions in their most original form?

However it continues to develop, the Sihkru Tara is playing an important role in fortifying indigenous expression in La Moskitia. As their t-shirts defiantly proclaimed,

“La Moskitia belongs to the indigenous, some already died, others of us still live, but the majority are yet to be born.”