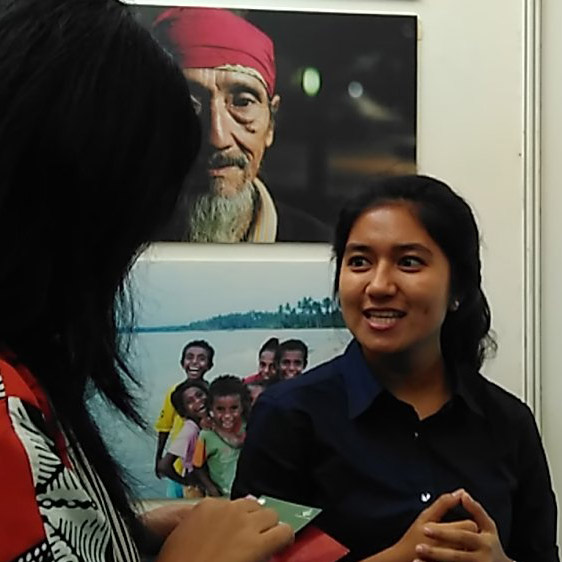 The Conference of Parties (COP) 21 in Paris was recently held and generated the Paris Outcome consensus. The consensus involving almost 200 countries (including Indonesia) binds all UNFCCC member countries and it contains the acceleration of reduced emission from 2016 to 2020 and implements the regime on handling global warming post 2020. Indonesia needs to adjust with the Paris Agreement by reviewing all portfolios on handling climate change in the country.

A number of plans which have been defined need some adjustments and changes, so that the contribution of Indonesia to the efforts of reduced global emissions can be calculated through transparent processes. To accomplish this, the Paris outcome needs to be disseminated to all stakeholders on climate change in Indonesia. The Government of Indonesia through the Ministry of Environment and Forests (KLHK) held Climate Festival on 1 to 4 February 2016. The festival is meant to convey the point of the Paris Agreement to the stakeholders and the public in Indonesia related to climate change so the mitigation and adaptation to climate change as a common agenda can be easily understood and implemented in the future.

In contribution to this event, Indonesia Nature Film Society (INFIS) has joined the festival by bringing the urgent needs to involve indigenous peoples in protecting the forest. The campaign that globally known as ‘If Not Us Then Who’ has been presented in series of short movies from Indonesia, Brazil, Nicaragua, Peru, Philippines, Costa Rica, and Honduras through all audiovisual media around the exhibition hall and event.

This Climate Change Festival was not only attended by the government and climate observers, but also attended by many other circles of society from students, to the general public. The event not only presented seminars and serious discussion, but also other events involving the general public such as debate competition for university students, socialization of the 3R’s (Reuse, Reduce, Recycle), interactive dialogue for students, social media and infographics workshop, to the Best Showcase Competition.

Secretary General of the Ministry of Environment and Forests, Bambang Hendroyono, mentioning the Climate Festival not only provides useful information to the major governments and environmentalists, but also the general public who do not have a lot of contact with the issue of climate change. “Not everyone understands the issue of climate change, the Climate Festival is able to provide a simple information about it,”*