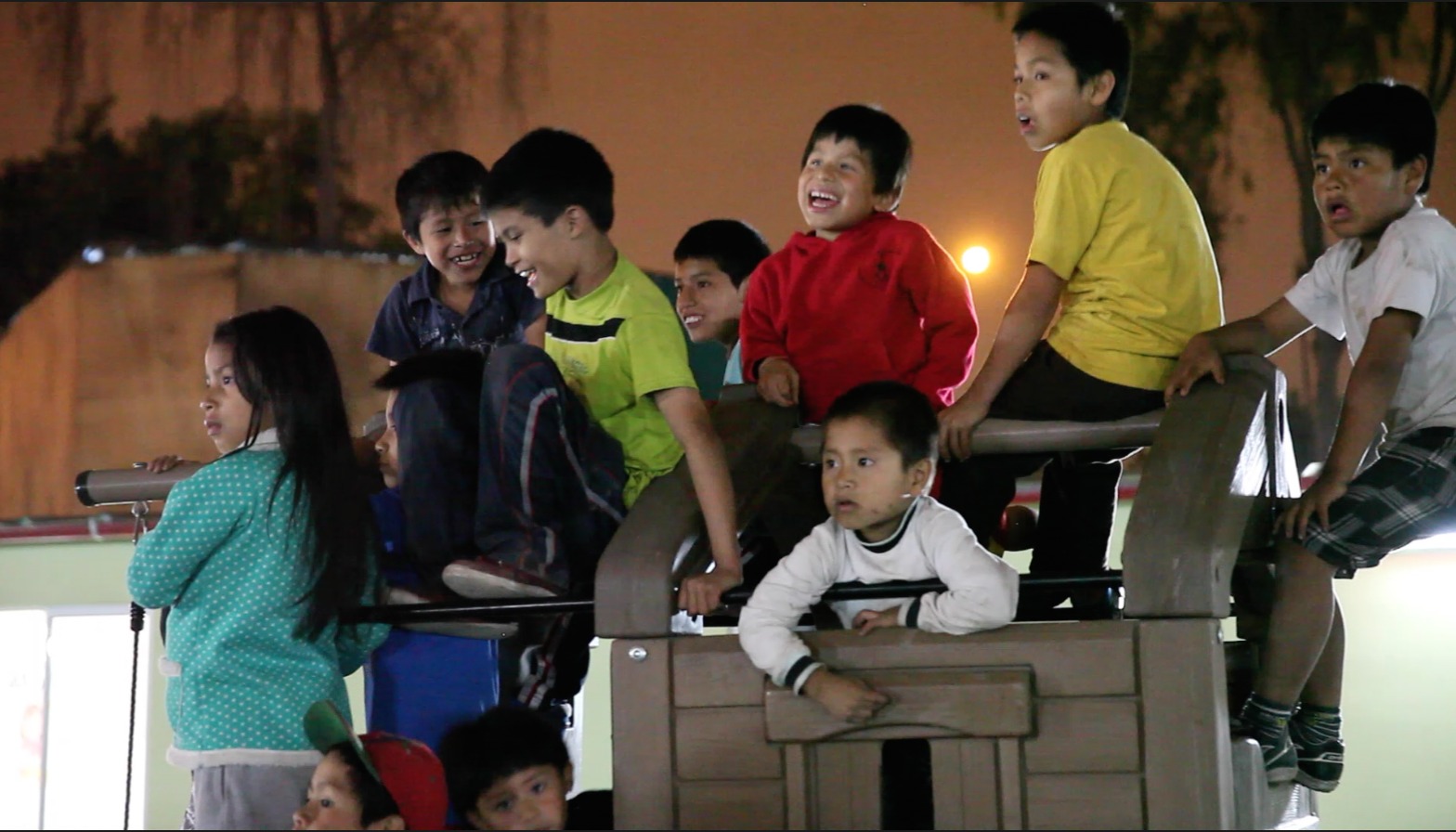 It wasn’t a long time ago, an overcast Sunday lunchtime to be precise, that we were all bounding down the cavernous 6th Avenue – the Avenue of the Americas – in New York City, filming the People’s Climate March, being caught up in the excitement and energy and afterwards retreating sore-footed to the calm serenity of the If Not Us Then Who Pop-Up Gallery on Lexington Ave.

Fast forward seven weeks and we’re racing through the morning traffic in Lima, Peru to launch a new set of films, which had only been vaguely envisioned when we were in the States. In New York we hosted an exhibition space, here in Lima we were organising a roving Indigenous Film Festival that would move around the city over the course of six days. No mean feat, it took a team of 8 to organise and run the event. There were media advisories and press release statements, the battle to conjure journalists, photographers, anthropologists and indigenous spokespeople. There was the endless challenge of finding and rousing audiences, to confirm locations and caterers, there were 11th hour phone conversations late into the evenings, not to mention at the last minute we were editing the very films that would be screened: there was, needless to say, a lot of coffee and for some of us a few cigarettes as well.

Wrestling with the weight of banners and boxes of flyers, jumping in and out of taxis and buses, the electronic postings and invites. Then as the screen is assembled and affixed, as the projector blinks a beam of silvery light, the particles of dust dancing briefly before vanishing once more into the darkness and the crowd now assembled, are seated, stilled and hushed.

In recollection many things stand out amidst this blur of actuality and excitement. The community of Cantagallo welcoming us for an evening’s screening was one such highlight. The excited smiles of the children, tiny wooden chairs from the school-house assembled into neat grids for the audience. I struggled my six-foot plus frame into one, which caused bursts of laughter and haughty giggles from the small assembly of kids. A little later as we positioned the screen and projector and tested the sound a tiny hand tapped on my shoulder and I turned to find that the children had searched out and found a slightly bigger chair. Bless them, how delightful they were.

I remember the widows during the press launch in Lima’s Museum of Archaeology, Anthropology and History, after the horrors and the grief they had experienced, how they were so dignified and honourable. These women, dislocated from their ordinary lives and thrust into the demanding glare of the media, seemed so utterly noble, so elevated. How could one not be affected by being in their presence. And how generous they were despite their exhaustion and weariness. They were quite simply remarkable women. And I remember the little time we all spent together in the quiet lush green courtyard of the museum where I took their portraits, away from the noise and hassle of the main launch. They nestled into two benches and fed their babies and for a while things were calm for them, they talked and laughed amongst themselves.

Many thoughts and memories,

These are just a few:
If not us, then who?