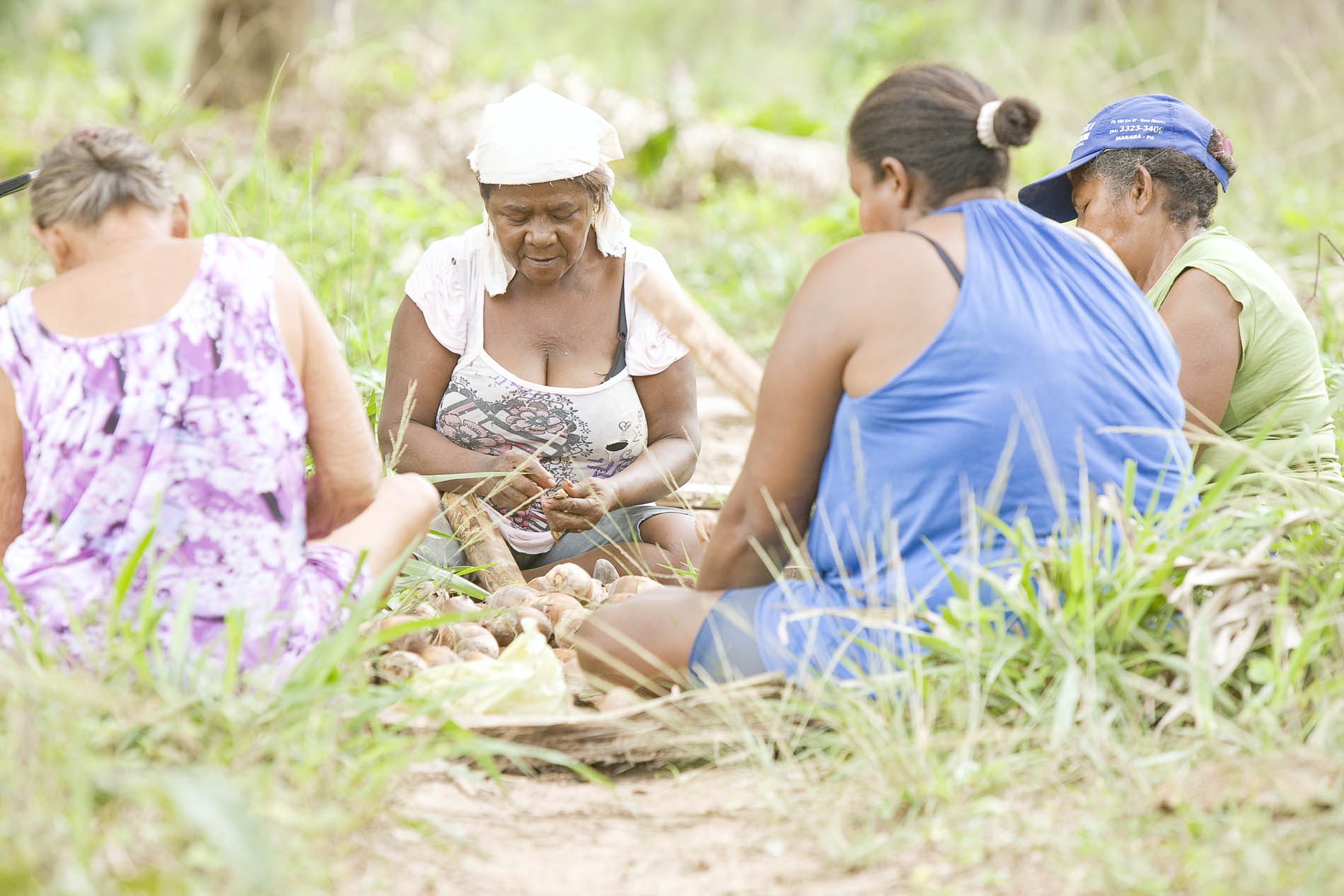 The babassu palm tree region covers an area of 18 million hectares that extends from the Parnaíba Valley to the Tocantins-Araguaia region. Here an average of 400 thousand babassu coconut breakers live with their families and devote themselves to extractivism and agricultural work, together with fishing, hunting and small animal breeding. The construction of a coconut-breaker political category has emerged anew because of intense conflicts between coconut-breakers and two groups. One group is of so-called “farmers” who privatize the land and prevent free access to the babassu groves. The other is of private companies funded by national and international capital.

Babassu coconut breakers have created different organizational forms, objectified in social movements, local associations, cooperatives, professional associations, etc. as a form of resistance to expropriation processes that impede the exploration of natural resources. The “First Interstate Meeting of Babassu Coconut Breakers (I EIQBC)” took place in 1991. It brought together women representing various organizations from the states of Maranhão, Piauí, Tocantins and Pará. The meeting was organized by advisory bodies that deal with themes related to land conflicts and environmental protection. The objective of I EIQCB was to foster the exchange of experiences among coconut breakers with the goal of discovering forms of collective action to bring about changes in the babassu groves’ utilization system. Another goal was to advance local struggles through the action of associations, cooperatives, mother’s clubs and social movements.

A spinoff from that meeting was the Interstate Movement of Babassu Coconut Breakers (MIQCB) with representatives from the six so-called regionais (branches): the Lower Maranhense, Medium Mearim and Imperatriz, in Maranhão state; northern Piauí; southeastern Pará; and the northern extreme of Tocantins state. The ecological regions of the babassu groves do not correspond exactly to the operational areas of the coconut breakers’ organizational forms, which are present even in regions with low babassu density. The organizational criterion is oriented much more by social relations built up during conflict situations – especially land conflicts – rather than by geographical criteria.

In 2005, the New Social Cartography Project of the Amazon (PNCSA), together with the Interstate Movement of Babassu Coconut Breakers (MIQCB) produced a book and map titled “Ecological War in the Babassu Groves”. This work, carried out in collaboration between researchers and babassu coconut breakers, details the conflicts and forms of mobilization created to defend traditional lifestyles threatened by business initiatives.

The main conflicts mapped are related to the implementation of steel mills, logging, homogeneous crops of soybeans, dendê palm trees, eucalyptus and various other grains; destruction of natural fields by buffalos; sale of the whole coconut; charcoal production using babassu and native wood; pindobas (small palm trees) poisoning, and child labor in areas of coal production. These conflicts have become increasingly fiercer due to new business strategies submitted to the approval of the government. As a result, the last Amazon land reserves have been made available to the market, in addition to the pressure to acquire, or lease, preserved areas that are precisely those in which traditional peoples and communities live. Even in areas that have already been expropriated for land reform as well as in indigenous and quilombola areas, the exploration of natural resources has intensified and has been creating new conflicts. It is worth mentioning the sense of belonging that the babassu coconut breakers have with several other identities, such as those of the indigenous and quilombola peoples and fisherwomen.

The organizational forms of local coconut breakers have as their battle flag the defense of babassu areas and the recognition of specific territories claimed as land of the Indian, land of the black and land of santa (saint). Among the achievements resulting from these struggles some of the most important are: the adoption of the law that grants free access to the babassu groves in 16 municipalities of the States of Maranhão, Pará and Tocantins; the organization of the coconut breakers in cooperatives for the production and sale of babassu by-products, such as soap, mesocarp (Orbignya phalerata, Arecaceae), handicrafts and oil; and the permanent dialogue with Brazil’s governmental apparatus to demandethnic policies. Other important achievements were the creation of the GT Babassu Work Group by Ministerial Decree n° 275 of December 29, 1998 and the creation of the National Commission on Sustainable Development of Traditional Peoples and Communities, by Decree No. 6.040/07 of February 7, 2007, aiming at the implementation of policies demanded by the coconut breakers themselves, in accordance with their lifestyles.

In 2013, with the approval for the Graduate Program in Social and Political Cartography of the Amazon (PPGCSPA) devised by professor Alfredo Wagner Berno de Almeida and linked to Universidade Estadual do Maranhão (UEMA), other researches began to be developed, with procedures similar to the previous ones; that is, working together with the coconut breakers, as in the case of the “Social Cartography Project of Babassu Groves: social mapping of the babassu ecological region”. It is worth mentioning that, among the PPGCSPA students, are the sons, nephews and other relatives of coconut breakers, indigenous and quilombola people. These are both the keepers of knowledge about local conflicts and the agents of struggle and resistance.

The babassu coconut breakers maintain a bond with Mother Earth and consider themselves “sisters of the babassu milk” – food of growth, in opposition to the spilling of the blood of their lives onto a devastated land. They struggle in the face of death threats, physical and psychological violence. The destruction of the forests create the bond between the “daughters of the babassu milk” and the preservation of the forests.