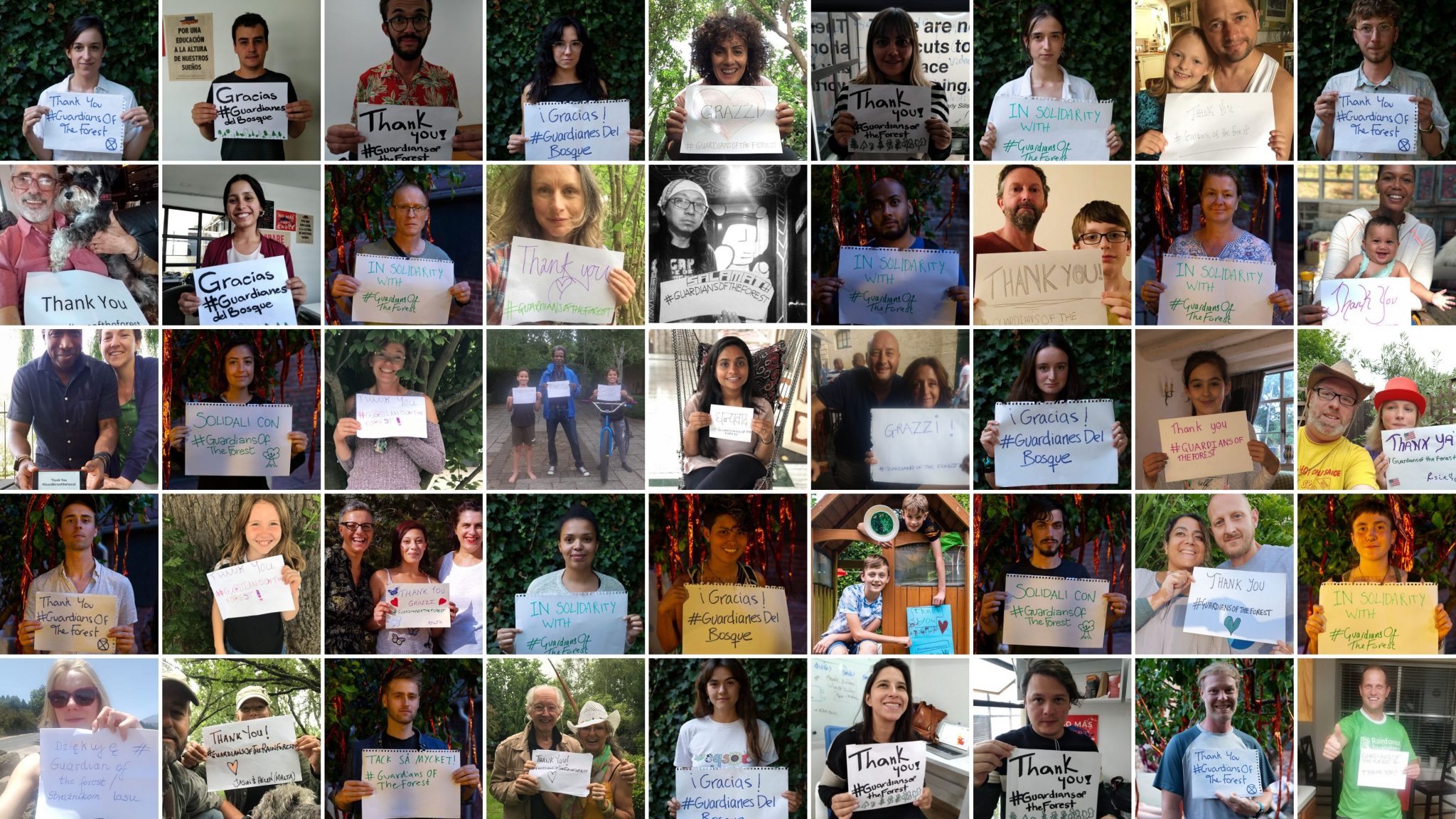 If Not Us Then Who? are partnering with XR Youth and the Internationalist Solidarity Network to share indigenous films with young activists around the UK.

We find out a bit more about them and their work in this short interview:

What is XR Youth? And the Internationalist Solidarity Network?

XR Youth is a movement within a movement, created to make space for young voices and to actively encourage youth to reclaim the power which has been taken away from them. To empower young people and mobilise them by creating accessible environments which value the wisdom of a young mind.

XR Youth is made up of people born after 1990, who have never known a stable climate.

Why is it important to include and mobilise the youth around the climate and ecological crisis?

You cannot solve a crisis using the same system which created it, something which resonates within the climate youth movement. For so long, young people have been silenced and indoctrinated into believing their voice lacks credibility or power within a society which waits for them to grow up. Our wisdom is deemed invalid due to our age, and lack of “experience”. Youth are so important in telling the stories which are yet to be told, in telling truths about being terrified of what the future holds, of not knowing whether or not they’ll grow old. Youth holds power, it just takes de-conditioning for them to realise. We are ruled by the old elite…they are who got us into this mess and the youth will get us out.

Why are indigenous stories important?

We are so disconnected from the world around us. We grow up within a system that promotes the “normality” of western life, and never lets you second-guess your decisions or privilege, because you’re constantly bombarded by dreams of a capitalist-fuelled lifestyle which, little to people’s knowledge, detrimentally affects those in countries and communities we are disconnected from. Why?

Why are we not learning from other places, countries, communities and living in a world of transactional intelligence, of love and nurture, rather than hatred and fear of the unknown? We have words for people who aren’t like us and are taught to condemn people who live outside our borders, constantly creating this divide within a world where harmony should be encouraged. Why are we so caught up with becoming the most advanced civilisation? In becoming the most “advanced” we become the most secluded and cut-off from the realities of the majority world, indigenous peoples, and our living breathing planet.

With indigenous stories comes wisdom and the reality of the climate crisis. With indigenous stories, we learn about the long fight for justice which has long been ignored in our western society, never written about within mainstream media, never promoted within our education system. We learn first-hand truths and create space for the voices of the oppressed and marginalised within a wider space which has never allowed it, and recognise the immense amount of privilege we have within our society.

I also believe that the importance of these stories goes way beyond knowing the truth of what is currently happening in the world, it paves the way for a more connected future, where our daily thoughts go beyond our own. It’s about feeding our need for knowledge, with knowledge which actively encourages us to fight for justice. We find comfort and connectedness in human stories; these are the ones people relate to the most. Stories induce emotional response which in turn creates action.

How do these stories relate to a young activist from the UK?

As a young person in the UK, I attempt to relate to these stories at a fundamentally human level, but because of the vast disconnection between young people in the UK and Indigenous communities, relating to their stories is hard but not impossible. Living in a society which is built upon such a different way of life, and being taught to fear different ways of life, creates a barrier over which we have to climb to achieve true understanding of the importance of these stories. I believe, as a young person, I can relate more than someone who has lived in this society for a longer length of time. Through the internet and access to a vast array of resources, we can open our minds to understanding and educate ourselves more independently to try and reclaim that lost connection to the outside world. More often than not, we are more open and willing to learn.

What can UK youth learn from these stories?

Young people have inherited this world as it is, with little say as to how it works, ruled by the old powerful elite. This diverse home on which we live is built upon the constraints of an unjust system and we are born into a life we did not choose. However, in this life many young people are waking to the injustices of its ancestry and choosing to rebel against the story being written for them. The stories of indigenous people relight the fire of connection which was once put out when the powerful decided to divide us. These stories help us to reconnect and learn from one another in the hopes of creating a more fair, connected and habitable world for our future. The youth of this generation may be the last hope we have, whether environmental defenders on the frontline, or young persons of privilege rebelling against their government. The youth of the UK have much to learn from Indigenous stories. How to reconnect to the Earth, how to look beyond our borders, how to recognise our privilege and to fight for what is right.

Are UK youth ready to have conversations around the legacy of colonisation and the impact of our rampant culture to consume?

The beauty of being young is, more often than not, having an open mind, constantly questioning the world around them, their being and the reason for it. I will never forget this fact someone told me about children asking close to 300 questions a day. Why does that disappear when you are older? I feel adults spend all their time answering questions, and never asking them. We should all be asking far more questions, delving deeper into the “unknown” of why we have been brought into this mess.

A world built upon the legacy of colonisation, held up through the oppression, exploitation and slavery of so many. Young people are more ready than ever to ask these questions. Our generations are changing and growing up with a stronger sense of morality, in a confusing world where if you ask questions about its origins, it’s one hell of a long answer many people don’t like.

What are you hoping to do with these and similar films?

By actively engaging with people, both young and old, we hope to put on film nights with If Not Us Then Who? films, creating interactive evenings of discussion and listening. This creates a space where knowledge can be shared, and received straight from the voice of indigenous peoples, and we are encouraged to relate to these stories by talking about how they make us feel. These events are there not only to educate, but the first step in mobilisation towards creating a more just community who acknowledges the injustice of the world, and recognises whilst fighting for a better one.

How can someone get involved with XR Youth, particularly ISN?

Drop us an email at [email protected]

We’d love to hear from anyone passionate about educating themselves more on the importance of Internationalist Solidarity, especially people who are ready to mobilise and act upon what they learn. Time to get radical!