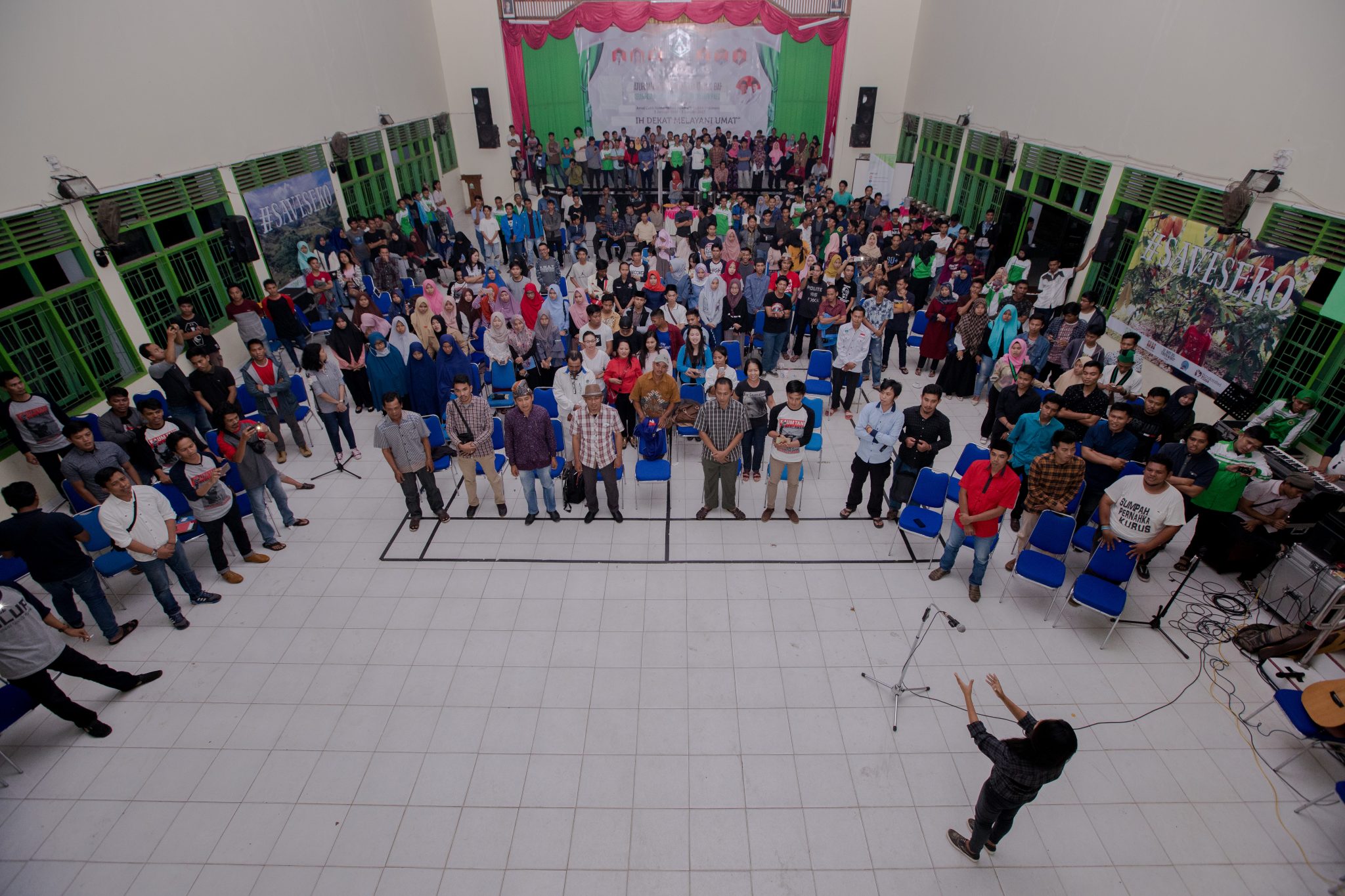 Sallombengan Seko: Sound of The Indigenous Seko’s Hope And Struggle

In conjunction with the International Indigenous People Day, ‘Sallombengan Seko’ premiered in the multipurpose hall of IAIN, Palopo, South Sulawesi, on Wednesday evening, 8 August 2017, followed by a discussion about the film.

The collaborative work of Indonesia Nature Film Society (INFIS), ‘If Not Us, Then Who?’,’ the Indigenous People Alliance of the Archipelago (AMAN), Perkumpulan Wallacea and BEM IAIN Palopo drew a lot of students from various universities in Palopo. IAIN’s acoustic ensemble and song ‘Bumi Bukan Hanya Hari Ini’ opened the event.

The main movie, ‘Salombengan Seko’, was preceded by ‘Dari Para Leluhur’ and ‘Penjaga Pulau Jargaria’. The audience broke into loud applause every time the people in both films were speaking, voicing their struggle. Members of the Seko were also present, and vigorously sang their march before ‘Sallombengan Seko’ was played, further boosting the audience’s spirit.

Three speakers were present in the discussion. They were Mahir Takaka, member of National AMAN Council and one of Seko’s best youths; Amisandi, a Seko member who was criminalized but released on 1 August 2017; and Ibrahim Massindenreng of Perhimpungan Pembela Masyarakat Adat Nusantara (PPMAN).

‘Sallombengan Seko’ successfully drew more than 250 people, far more than what the organizer had expected, i.e. maximum 150. The premiere and discussion are expected to voice the indigenous Seko’s hope and gather more acts of solidarity for the Seko.

“Throughout the history of the Republic, many things have happened to the Seko, including criminalization, to which many have fallen.  Thousands have died, and thousands have gone to jail. What we have just watched is a form of injustice,” said Mahir.

Despite the criminalization, Amisandi expected that the event could open the eyes of the wider public about the Seko’s struggle against a hydroelectric power plant plan that threatens the survival and existence. of the Seko.

“My expectation, and the Seko, in particular, is that such a campaign can raise our awareness to fight against the hydroelectric power plant plan as we want to maintain our rights, legacy, identify, values and history as the Seko. It is the main reason why we are rejecting the plan,” noted Amisandi.