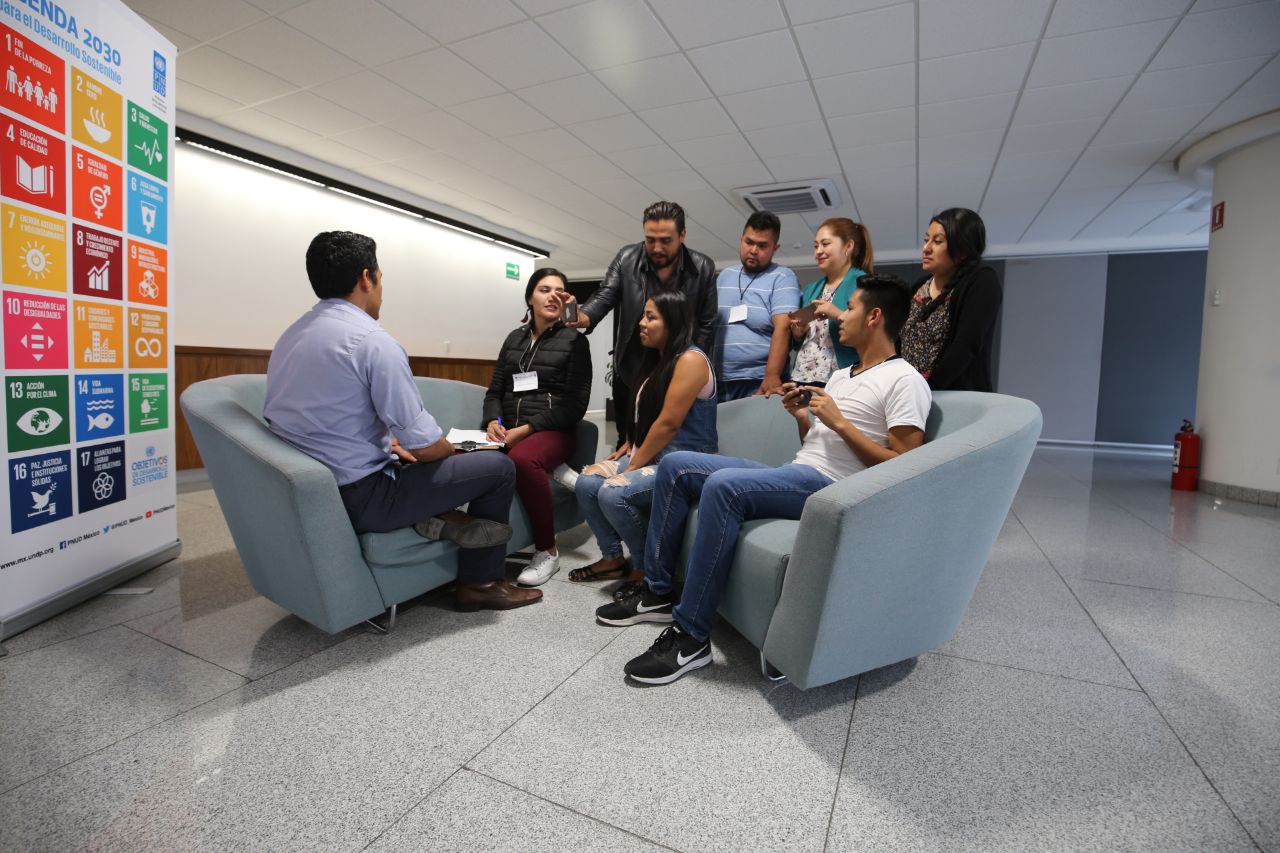 Earlier this month, we led a workshop on audiovisual production and digital media for the second time (we held the first last year, in 2017) as part of the course, “Strengthening of youth for citizen participation”, organized by UNDP Mexico and Red MOCAF.

The first hours of the course were used to talk about basic narrative resources for storytelling, after that the students separated in three teams, they did practical exercises to write their scripts, in which they developed three stories about their communities. They shared those stories and received feedback.

During the second part of the workshop they shot interviews and took images of the workshop itself, the result will be a short video which is currently being edited. We concluded the workshop by talking about the characteristics and advantages of the different social networks where audiovisual content is distributed.

Among the attendees, there were some who attended the previous year and were able to give continuity to the knowledge acquired.

With this workshop we hope to strengthen the network of young filmmakers who can serve as spokespersons for their causes and communities, to make a common front, through their stories, with other communities around the world.