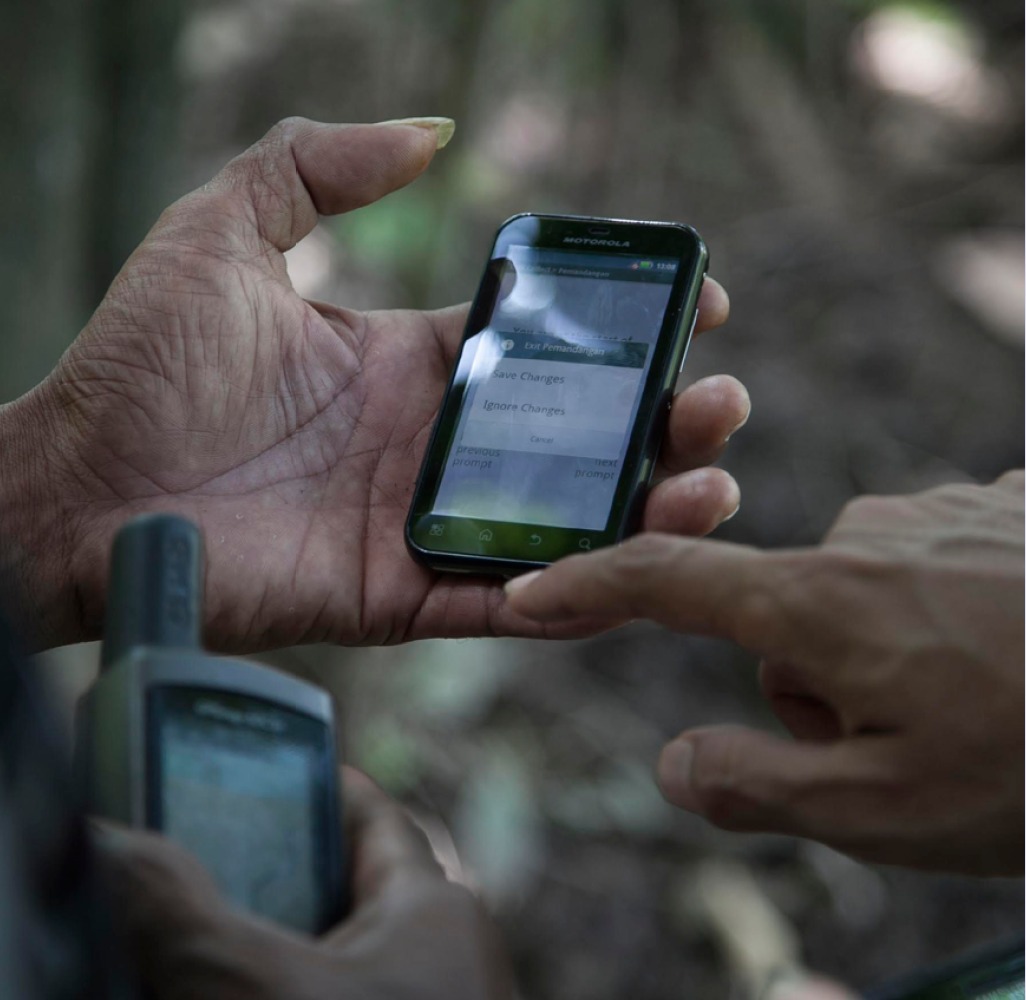 Technology, networks and the fight against illegal logging

Guest post by Tom, Head of Research at Earthsight

The rapid increase in connectivity globally over the past few decades has brought dramatic new potential for collective efforts to fight against human rights and environmental crimes.

When the Environmental Investigation Agency (the NGO for which I use to work) was first set up, international communication meant sending a fax and waiting days, or more, for a response from offices on the other side of the world. Today, I can send an email to indigenous friends in East Kalimantan and expect a reply from an iPhone at any moment.

Perhaps the most significant impact of this change is our ability to form dynamic networks, where multiple individuals and organisations can bring hugely different skills, data and perceptions to bear. Writing about successful campaigns in the Amazon, the anthropologist Marc Brightman has noted that where action has succeeded, it is “largely thanks to the construction of new alliances between indigenous leaders, progressive and socially oriented NGOs, and independent activists, including some academics.”

These alliances take a range of forms. They may be formal or ad hoc. Some have been decades in the making and have long term visions, that are amplified by the improved ability to communicate. The global movement for the recognition of indigenous rights is a good example, with groups from Peru to Papua able to communicate far more rapidly.

Other alliances have been forged quickly, organically, sometimes in the heat of the battle of a specific campaign. The campaign to save the Tripa peatswamp forests in Aceh, Indonesia, for example, grew quickly from a local to an international campaign that was remarkably successful. A scientific paper published shortly after the campaign led to the revocation of a palm oil concession’s permits argued that it served as a successful model for collaboration. “[The campaign] demonstrates the need for enhanced communication and collaboration between scientists, conservation practitioners, policy makers, industry and other key stakeholders.”

Technological change is just one half of this picture. The technology – laptops, smartphones, the internet, increasing cell phone reception – are factors that enable communication, of data and ideas. The other half entails finding ways to make use of the potential, to find new ways to bring information to bear in meaningful ways.

This process is not always simple. But there are big wins to be had if the process of international collaboration can be sped up. If organisations fighting for social and environmental justice everywhere can find ways to quickly form ad hoc partnerships. This is the concept behind a guidebook my organisation, Earthsight, published in July.

The guidebook is aimed at stemming the market for illegally-logged timber. From the Amazon to Indonesia, and everywhere in between, trees are cut illegally to feed international demand for wood products. This timber is often stolen from indigenous people. In many cases, indigenous communities don’t want their trees to be felled at all. Whether they do or not, they rarely see any benefit from the international trade in resources that belong to them.

This is a problem that has an inherently international dynamic. Corruption and weak law enforcement allows trees to be felled illegally in many – perhaps all – forest countries. But it is allowed to be sold in European states, the US and other rich nations. For a long time that was because of a failure of those states to take responsibility for the global impact of their actions. But now, both the EU and US have acted to take responsibility for that impact. It is now illegal for companies in the EU and US to import timber that was logged illegally elsewhere – whether in Brazil, Nicaragua, Cameroon: wherever.

This presents us collectively with an opportunity to reduce environmental crime, and the human rights abuses commonly inflicted on indigenous communities when their resources are stolen. And the transnational nature of the problem lends itself perfectly to international collaboration.

The guidebook provides advice on how organisations in timber exporting countries can investigate illegal logging. But it also provides guidance on how wood can be tracked from those countries, into international trade and on to end markets. Earthsight wants to team up with individuals, communities and organisations around the world to complete investigations from the forest to the supermarket shelf, and bring the law to bear in the end market.

While the guidebook is principally aimed at this trade in timber, the tools and techniques it explores can be equally applicable to many of the problems facing indigenous people. The approaches employed to determine how wood is logged can also be used to investigate mining companies, plantation companies, and theoretically any of other large-scale activities that impact indigenous territories.

While international collaboration between individuals and organisations monitoring these kind of businesses is no new thing, it is our hope that our guidebook and skillset can help catalyse rapid, bespoke collaboration that responds to the globalised nature of the threats to indigenous people and the environment.

To read the guidebook and to apply for assistance from Earthsight, visit www.timberinvestigator.info