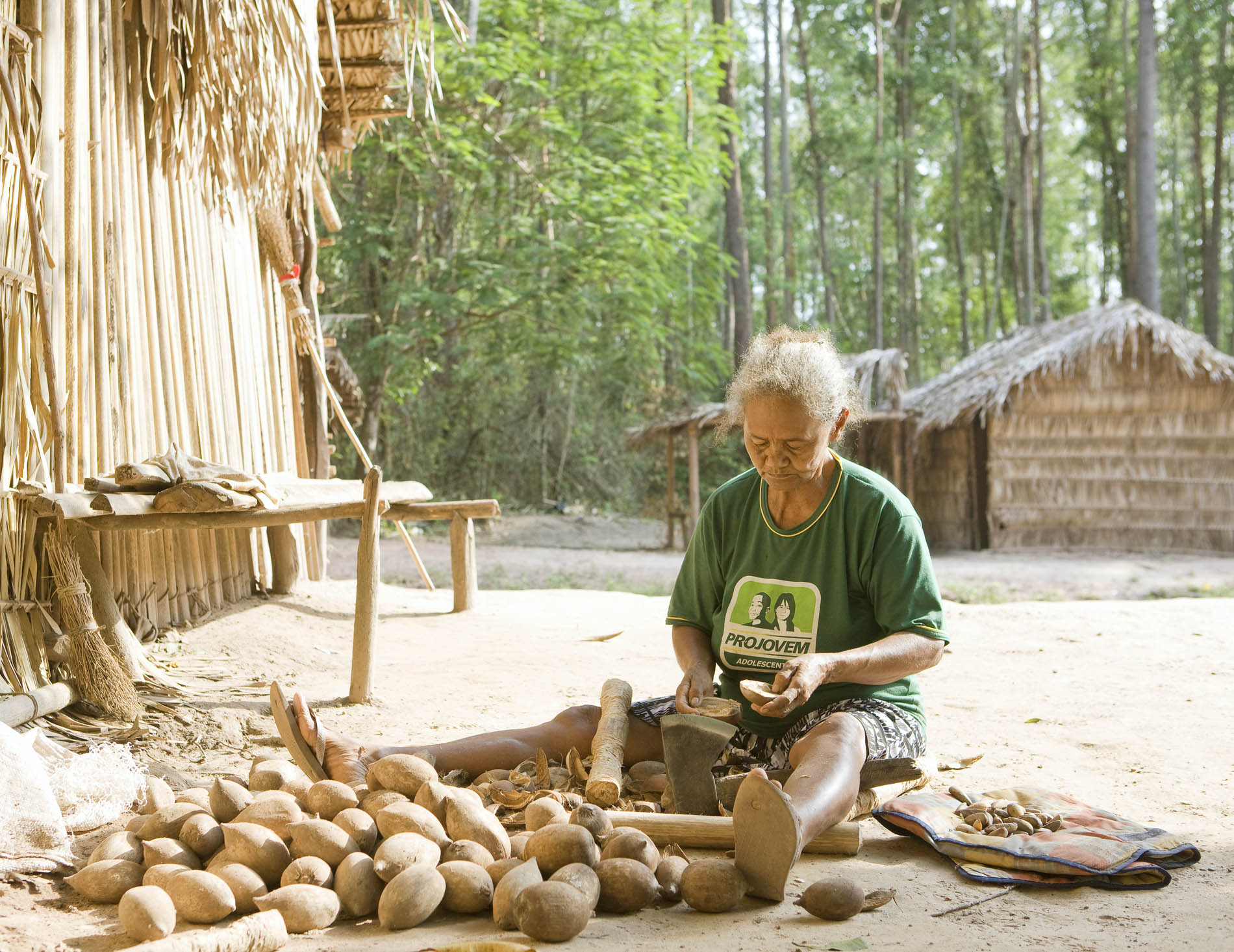 It was the very beginning of the journey for If Not Us Then Who. We were in Brasilia at a workshop convened for a select few journalists and filmmakers to meet representatives from some of Brazil’s main indigenous and traditional peoples groups. When we arrived it was in full swing, like an energetic meeting of early unionists, filled with heated discussion and an even greater amount of laughter. A warm energy and sense of purpose filled the space. Being Brazil it was all tremendously loud and loudest amongst all, which was saying something as they were sat beside the Quilombola groups, were the babassu women.

We met Dona Dijé and fellow members of MIQB during those first days and interviewed several in the garden behind the main building. Dona was already an elderly lady, although her eyes sparkled. Her interview really stood out and she ended her conversation with the powerful and uplifting quote: “Do not fall, arise.” She had fought tirelessly to gain access to the Babassu coconut which the women have harvested for centuries. Farmers and governments have prohibited and threatened these woman and their access over the years, now there are hard-won laws in place for free access to the babassu, but to this day the fight is far from over,

Following those early meetings we returned to Brazil and travelled and filmed extensively with the babassu women through the states of Tocantins and Maranhão in an amusingly small white Volkswagen camper-van. It was old fashioned with practically no suspension or air conditioning. It proved a hot and cramped space, housing at most times three large Englishmen, our translator and usually five or six babassu women. In the boot bundled amongst our personal gear, film and photographic equipment was an assortment of small hand axes, machetes and coconuts.

They are an incredible and unique group, full of liveliness and fun, as well as a quiet steely determination and strength which you knew instinctively would be unwise to cross. We loved working with them. I remember most our shared laughter and hilarity in that cramped VW as for days we trundled along rough country roads from one community to another, surrounded by these superb women you felt only an awe and a real sense of privilege sharing those moments together.