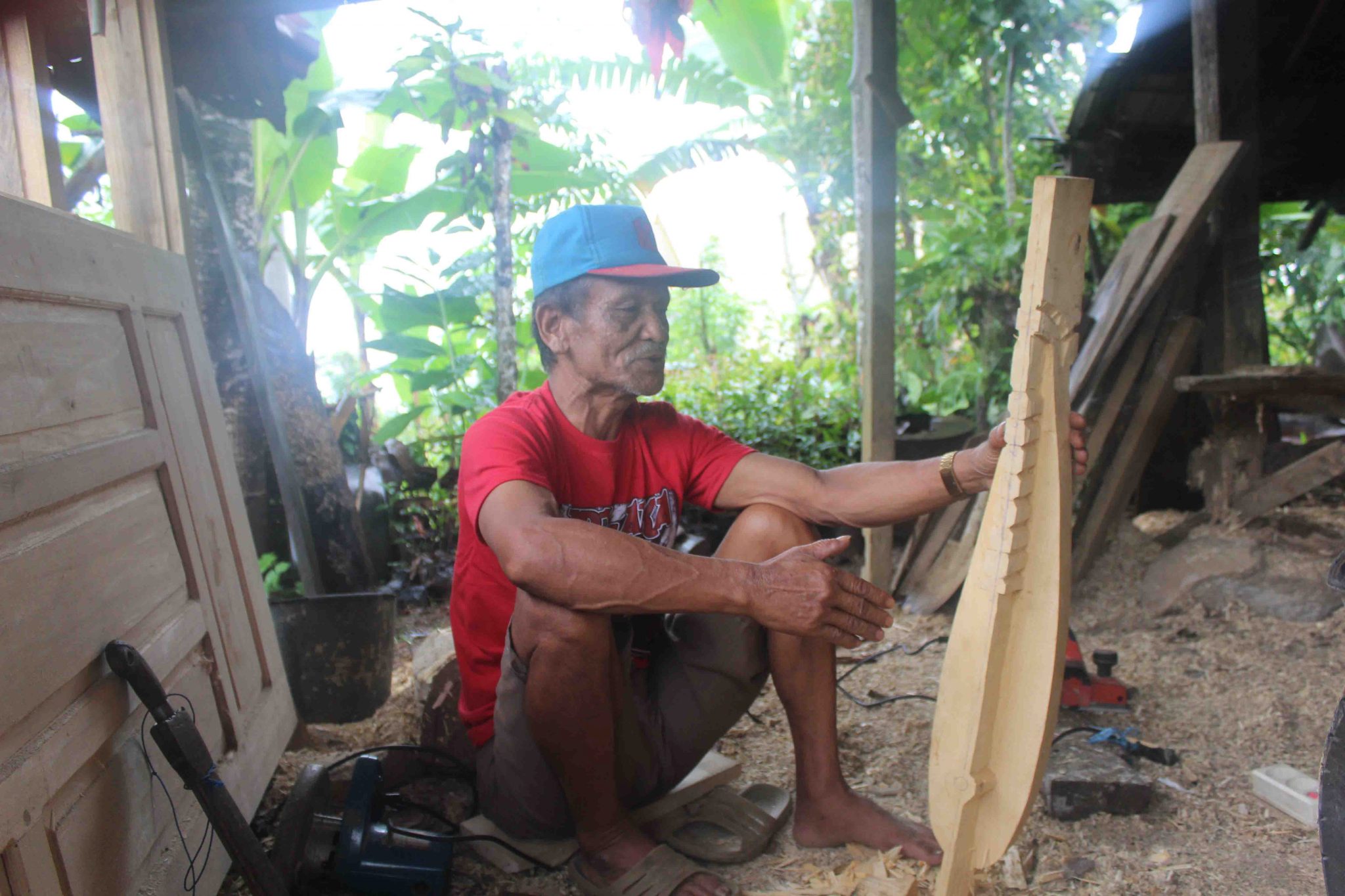 What makes my community special? Youth view from Indonesia

I come from Turungan Indigenous Community, one of indigenous community live in the remote area which is covered by mountains, located in Turungan Baji Village, West Sinjai District, Sinjai Regency, South Sulawesi.

The indigenous community where I live also experience the same situation like most indigenous peoples throughout the archipelago. Experiencing cultural shifts, intimidation from various parties some that led to the criminalization of indigenous peoples. Even our local wisdom is also increasingly eroded by modernization. However there are still examples of local wisdom that is maintained, such as musical instruments. This is the story of our ancestral masterpieces that still survive.

Kecapi (Zither) is a traditional instrument from South Sulawesi also known as Bugis Makassar ethnic. The Kecapi instrument is like a harp with a shape of a boat it has two strings. It is usually played in an art shows, thanksgiving after the harvest and during appaleppasa nia’ (a promise to bring Kecapi player to play at home after a wish has been granted). If not fulfilled, the person who has promised will be possessed (entered by the spirit) or sick and will not heal except by keeping his promise, it shows how sacred Kecapi instrument is. The way of making Kecapi is very complicated, even in Sinjai South Sulawesi, there are only a few more people who can make it.

There are also several other features that we have. Our indigenous community is indeed poor but it does not mean backward. Only indirectly impoverished by the state by structure. But even if we poor, we have everything to survive. We have rice fields that produce rice, we have clear streams for fishes laying their eggs so we can continue catch them, we have vegetables, fresh fruits and we also have dense green lush forest with a refreshing air. These are all privileges that I have not seen in town or anywhere else.

From these various kind of uniqueness, from wildlife, a peaceful social condition and green forest. This is all our responsibility as indigenous youth, as the next generation. Those problems are a challenge for us as indigenous youth.

My message to everyone, especially indigenous youth and government is: Pay attention! Acknowledge and protect us as indigenous peoples. Without the state’s recognition and provision, indigenous peoples will be increasingly marginalized. Do not let local wisdom will only be memories!  Let’s keep it.

I am proud to be born and grown up in indigenous community.

If not us then who!