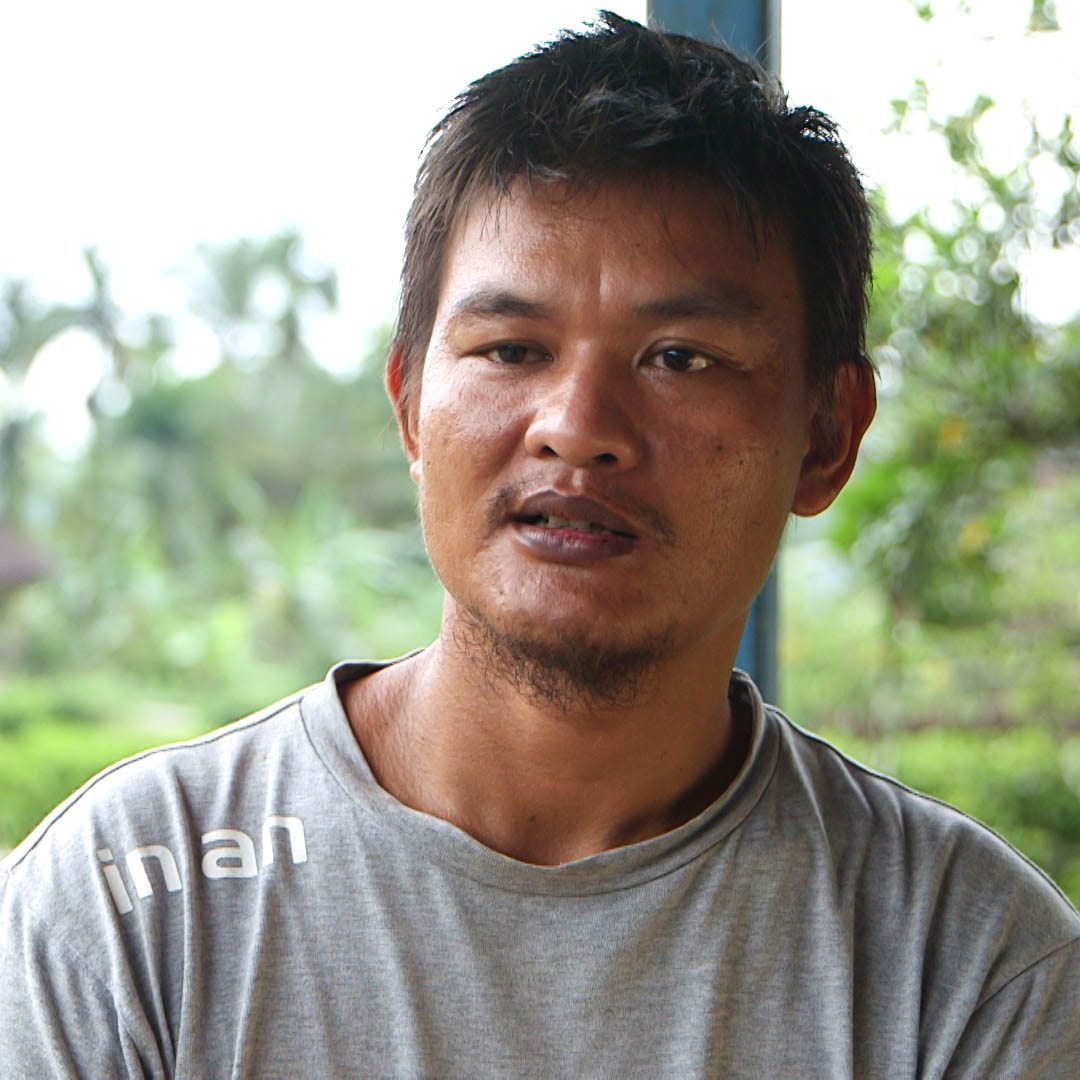 When will the leaders understand that we are the ones saving the planet?

We are sitting in the exact same house where the short film on the “Oil Palm Free Islands” was shot for the If Not Us Then Who campaign. I am interviewing Indra Gugun Sanenek, an indigenous Mentawai from this island of Siberut, the main island where palmoil plantation plans were stopped last year. He appears often in the film, as he is an important figure of the anti-exploitation movement in the Mentawai islands.

It is the first time he appears in a film, but he is not looking at himself, like many of us would. He is just happy to see that the concerns of the Mentawai communities can be communicated to the world. “I think it is very good that the world gets a picture of what is happening in the village of Rogdok. Until now no one listened or cared. Rogdok is just a sample of our everyday life. The way indigenous peoples interact with nature and the environment enables all of us to get some fresh air and to ensure the continuity of our Earth. We don’t need to read the newspapers or watch a movie to save the environment. We don’t need theories either, because this is our way of life.

Indigenous communities have done it long before anyone else was worried about climate change and global warming”.

Then Gugun, as everyone calls him here, stops for a minute. “But who will watch this film? Who is it intended for?”.

I explain that this film is part of the many events that the campaign is launching until the United Nations Climate Change Conference in Paris in December 2015. He has never heard of such meetings, as where he lives the voices of the Mentawai are rarely heard even in Jakarta where the central government sits. No one from the Mentawai communities has ever been invited to such international conference on global warming.

Gugun asks me “Do you think those big leaders in the COP in Paris know that our planet is suffering? Do they know indigenous communities are being kicked out of their lands for projects that will destroy the forest and the water even more? Do they know that we are the ones who protect our environment, who can teach them? They should watch this film and understand that we are the ones saving this planet”.

The problem, says Gugun, is that the traditional knowledge indigenous peoples have in the Mentawai islands is being disappearing through government policies to “educate and develop” them. “We indigenous peoples are being weakened by government policies that the sagu we traditionally eat should be replaced by rice, that the gods we believe in are not the right ones. But it is our culture that shows us how to protect nature. If our knowledge is not respected and encouraged it will be lost.”

“What will it take for the Ministry of Environment and Forestry to understand that we all need to protect the forest? Should we send everything we eat from the forest, everything that we use to get healed, everything we use for religious purposes? Maybe we can all send it by mail for them to understand we are dependent on the forest for our survival. It is not enough that I speak in this movie, the voice of all indigenous peoples need to be heard, we need, each of us, to put pressure on our governments. For them to not make any policy that has negative impacts on the environment or violates the fundamental rights of indigenous peoples”.

Of course what the film says is true. The Mentawai islands are indeed oil-palm free. But they are not free from logging concessions, neither is this a promise that no palmoil plantations permits will be given in the future  to operate in these exact same locations where they were cancelled.

Gugun and his organisation, Yayasan Citra Mandiri Mentawai, achieved a lot by cancelling those permits, but the struggle is not over. All indigenous territories in the Mentawai islands are owned by the State, and until they re-gain official rights to their ancestral lands, until their culture is respected and their role in protecting forests is acknowledged, their lands are up for grabs.