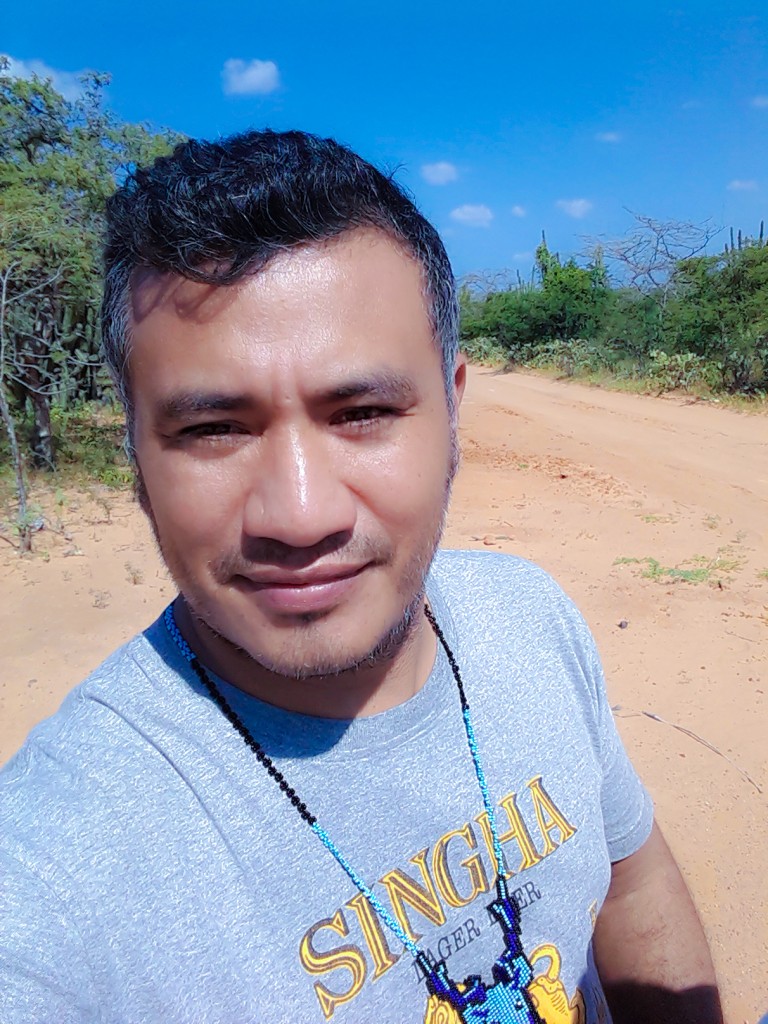 David Hernández Palmar | Wayuu, IIPUANA Clan, Venezuela | is a filmmaker, independent curator and film programmer with recognized experience in the Latin American region. He is also a photographer, journalist, researcher and producer of several audiovisual works that have portrayed the Wayuu world. He has co-directed films such as: “Owners of The Water”, “Wounmainkat“. With the short film “The Foreign Body“, World Premiere in competition at the Toronto International Film Festival TIFF and Winner of the First Prize at FICMAYAB (13th International Festival of Film and Communication of Indigenous Peoples), he began his career as a Film Producer. He is currently the executive producer of the Ecuadorian feature film “Semillas de Lucha” by Kvrvf Nawel | Mapuche, Argentina, that was premiered at The International Film Festival of Cartagena de Indias – FICCI60; producer of “A son”, a first feature film project in development by Venezuelan filmmaker Héctor Silva Núñez; producer of “The Dusk of the Amazon” a documentary feature in production by Alvaro Sarmiento and Diego Sarmiento | Quechua, Perú); producer of “Suggunya 1698. The key to Darién”, a documentary feature film project in development by Olowaili Green | Guna Dule, Colombia and David Sierra; co – director with Marbel Vanegas | Wayuu Jusayu, Colombia, of “Searching for the marks of the Asho´ojushi”, a documentary feature film project in development.