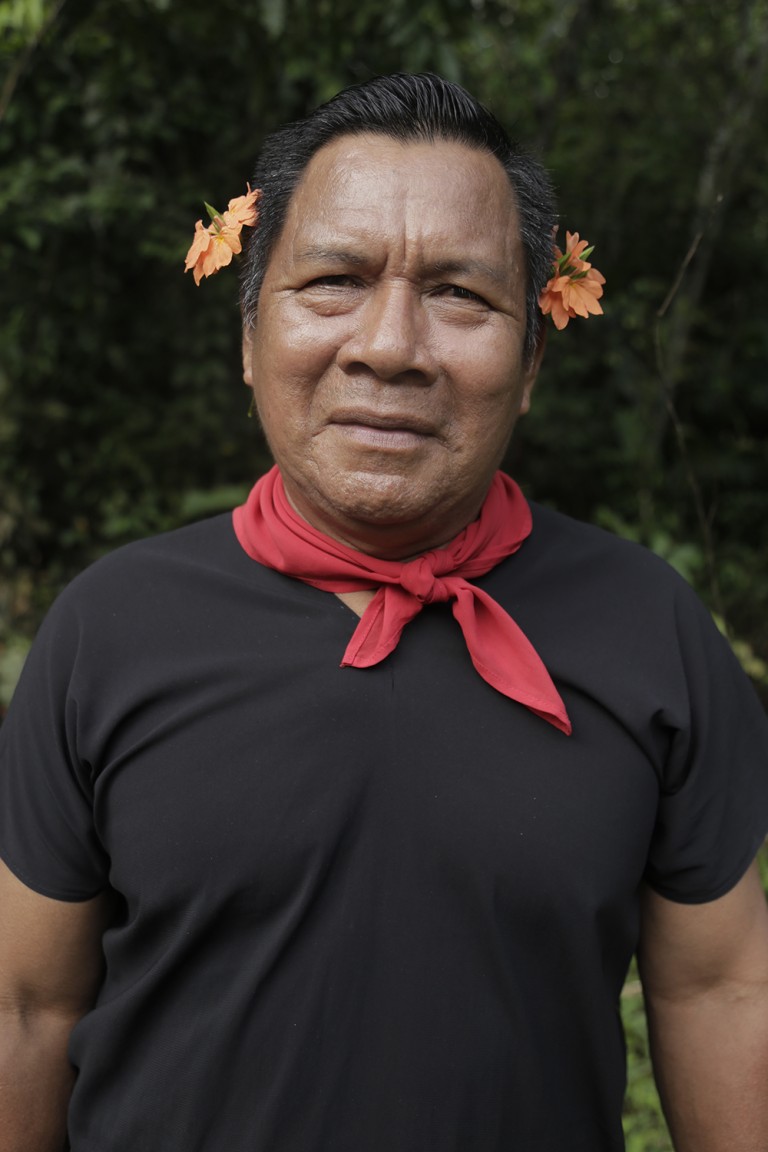 Emergildo is a member of the Kofán nation who witnessed drastic changes in his people’s territory and way of life with the arrival of the American oil company Texaco into the Kofán’s ancestral homeland in the late 1960s. After the loss of his two children to oil contamination, Emergildo dedicated himself to raising awareness to Texaco’s environmental crimes as one of the most outspoken figures in the now-famous legal case against the oil company.

Over the years Emergildo came to realize that his leadership and dedication was needed at home, in the communities with his people. He came back to start a clean water project installing rainwater catchment systems in indigenous communities affected by oil contamination. Organizing between the four indigenous nationalities led Emergildo to found the indigenous organization Ceibo Alliance along with members of three other indigenous nations. As Treasurer of the Ceibo Alliance, Emergildo is working tirelessly to build a united indigenous movement for cultural survival and territorial protection in the western Amazon.