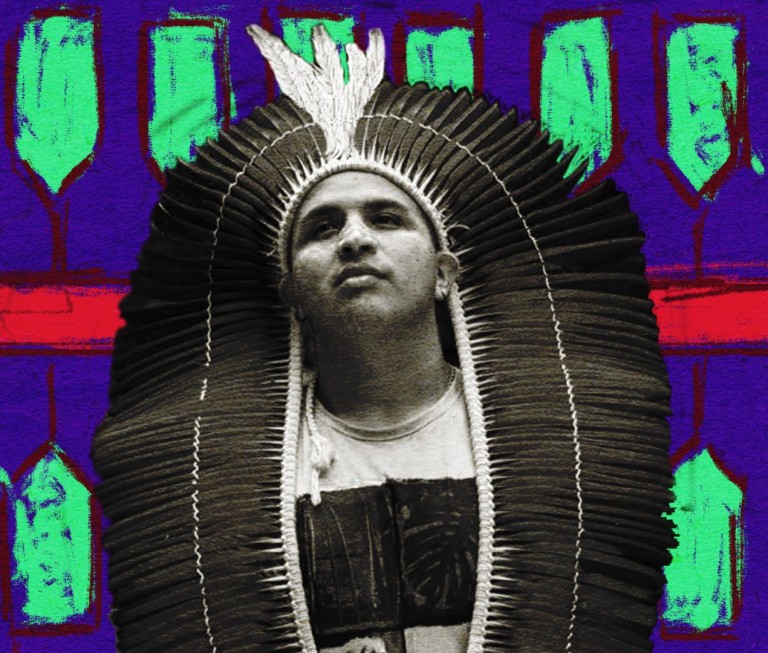 The journalist and communicator Erisvan Bone Guajajara is founder of the digital platform Mídia Índia. He was born in Lagoa Quieta village, in Arariboia Indigenous Land, Maranhão, Brazil.He works to strengthen communications as a tool for the visibility of indigenous peoples.

He is an indigenous movement activist, a communication contributor for Indigenous Youth Network (Rede de Juventude Indígena, REJUIND), Articulation of Indigenous Peoples of Brazil (Articulação dos Povos Indígenas do Brasil, APIB), and Coordinatior of Indigenous Organizations of the Brazilian Amazon (Coordenação das Organizações Indígenas da Amazônia Brasileira, Coiab). Along with Tipuici Manoki, a young indigenous woman who also works as a communicator, he brought the LGBTQIA+ issue into the indigenous movement political discussions. Nowadays, he’s a member of the Tobira group, which guides the LGBTQIA+ theme between indigenous peoples. Erisvan was a contributor for the Amazônia Real agency (Maranhão, Brazil) in 2018 and 2019.

Erisvan is a youth leader and journalist from the Guajajara people in Maranhão, Brazil. He has been active in the indigenous movement since 2010, within political organisations and as a cultural activist, using communication for the empowerment of indigenous youth. He sees communication as a key tool to multiplying the force of new ideas within the indigenous movement, to combat climate change and to record and denounce, through documentary, short films and photographs, the great exploitation of timber in indigenous territories.

Erisvan took part in audiovisual training through the project “Coisa de Indio”, which involved 12 Guajajara youth. They produced several short films to communicate their cultural and territorial realities to the world.

In his home state of Maranhão, Erisvan works with the Coordination of Organizations and Articulations of the Indigenous Peoples of Maranhão (COAPIMA), debating with other youth and conducting political training through seminars and meetings. He also works with Rejuind, a national indigenous youth network, and supports communication for both COIAB and APIB, two national indigenous organisations.