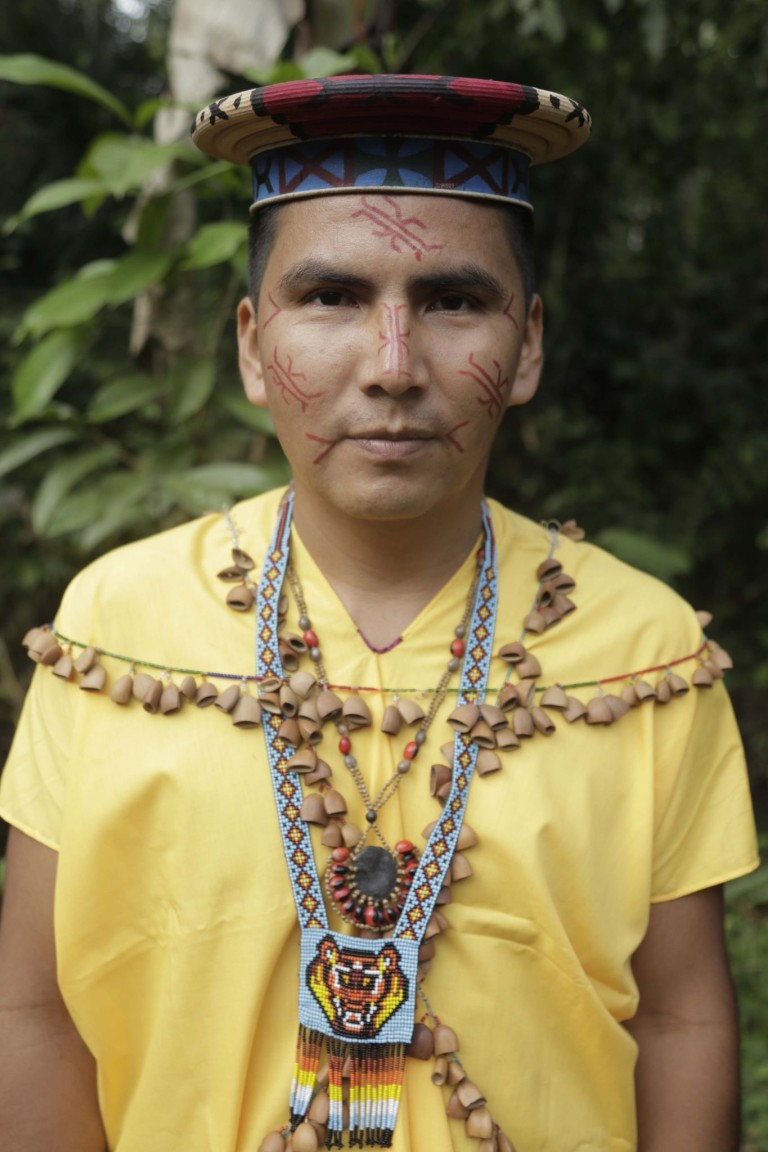 Hernan comes from the Siekopai community of San Pablo, located along the banks of the Aguarico River, where his people have lived for countless generations. His great grandfather was a widely revered healer, but it was his grandfather Delfin, also a healer, who truly imparted on Hernan a knowledge of and respect for the rainforest that the Siekopai have always called home. Growing up, Hernan witnessed the effects of oil contamination on his peoples’ health as many of his fellow community and family members became sick with illnesses, including cancer, that had only recently begun to spread in their territory.

Hernan made the most of the unique opportunity to study at university, where he began to believe that for his people to survive in a rapidly changing landscape, they would need to learn to use modern technology, as well as legal and political systems, to their benefit, while maintaining a strong cultural identity to keep them rooted in the forest where they have always lived. Hernan was a founding member of the indigenous organization Ceibo Alliance and currently holds the position of General Coordinator.