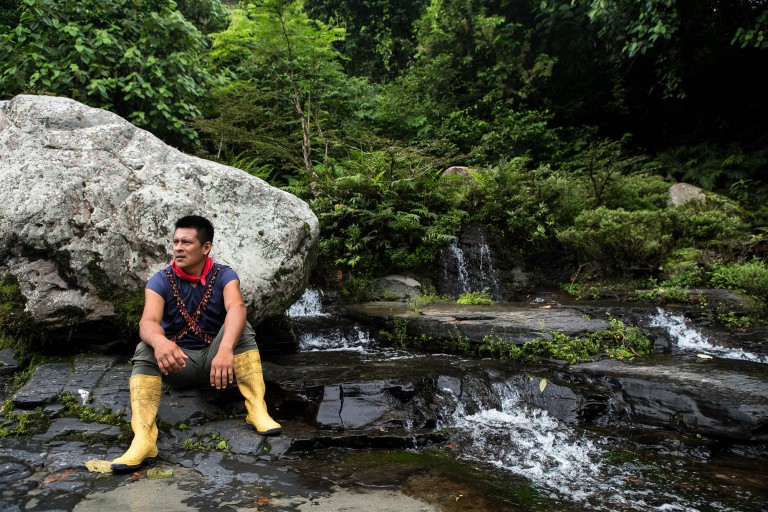 Mario Criollo grew up along the headwaters of the mighty Aguarico River, where the Andes mountains meet the Amazon basin. As the president of the Kofan community of Sinangoe, Mario has been a protagonist in the battle to protect his peoples’ ancestral territory from a gold mining boom that threatens the Kofan’s way of life, health and rainforest territory– a battle that has become emblematic of indigenous resistance to resource extraction in the Ecuadorian Amazon.