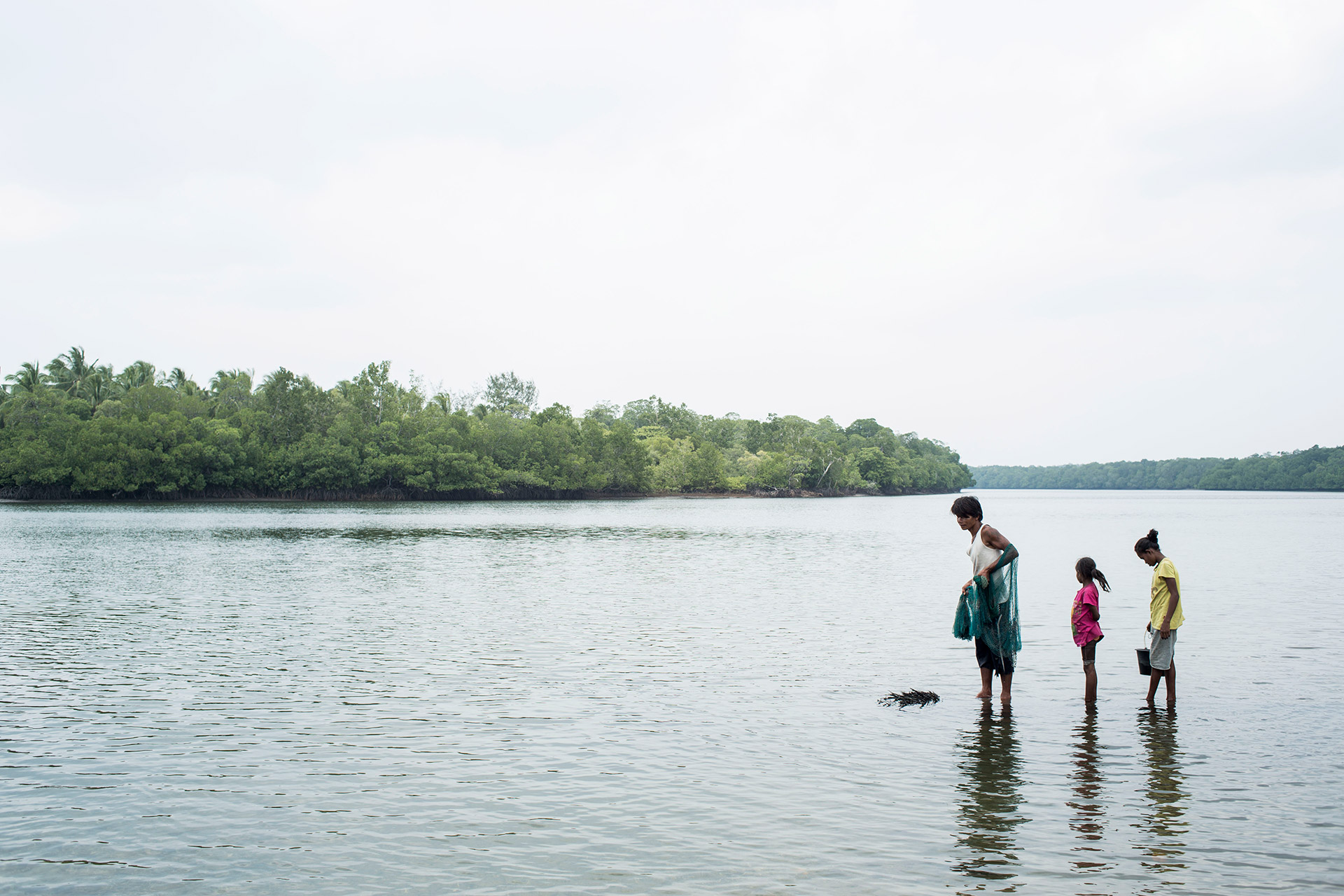 Jargarian land is a local name for Aru Archipelago. Indeed, not many know the territory that became part of the Maluku. Aru consist of 187 islands large and small settled indigenous peoples living in these islands maintaining the integrity of the Aru Islands indigenous communities until now.

In 2012, there was a sudden survey and plan to plot the forest areas in some villages. This was initially carried out to develop sugarcane plantations. After it was instigated, the Aru Islands Regent issued a concession permit to a plantation consortium called PT. Menara Group which had 28 subsidiaries in 2010. This was done without the prior consent from indigenous peoples in Aru. The area of land covered by the permit is 626 900 hectares.

In response to the development plan by the consortium PT. Menara Group the indigenous peoples in Aru, together with a local youth group, formed a coalition. Learning from a bitter past experience of land seizures conducted by the Navy in 1991, they decided to firmly reject the entry of PT. Menara Group who threaten to take their land. They gathered in Dobo City district capital of Aru Islands.

PT. Menara Group promised that the community will be prosperous and were very persuasive. Companies were facilitated by local government who tried to persuade and seduce indigenous peoples in Aru in many ways.

The rejection transformed into stronger action when they formed the Save Aru Coalition with the support of various local and national NGO’s. With the backing of communities and indigenous youth the #SaveAru campaign was raised to a global level.

Maluku Provincial Parliament finally issued a recommendation to the government to immediately revoke their recommendation related to the license granted to PT. Menara Group consortium. Minister of Forestry in his press statement also stated that Aru is unsuitable for plantations. Up to this time indigenous peoples in Aru Islands are still waiting for the decision of the Ministry of Forestry to revoke licenses that have been issued in principle for conversion of forest areas in the Aru Islands. They want to make sure that the company is completely out of the region.

The Indigenous peoples of Aru are determined to stand guard and ensure their forest is not destroyed.