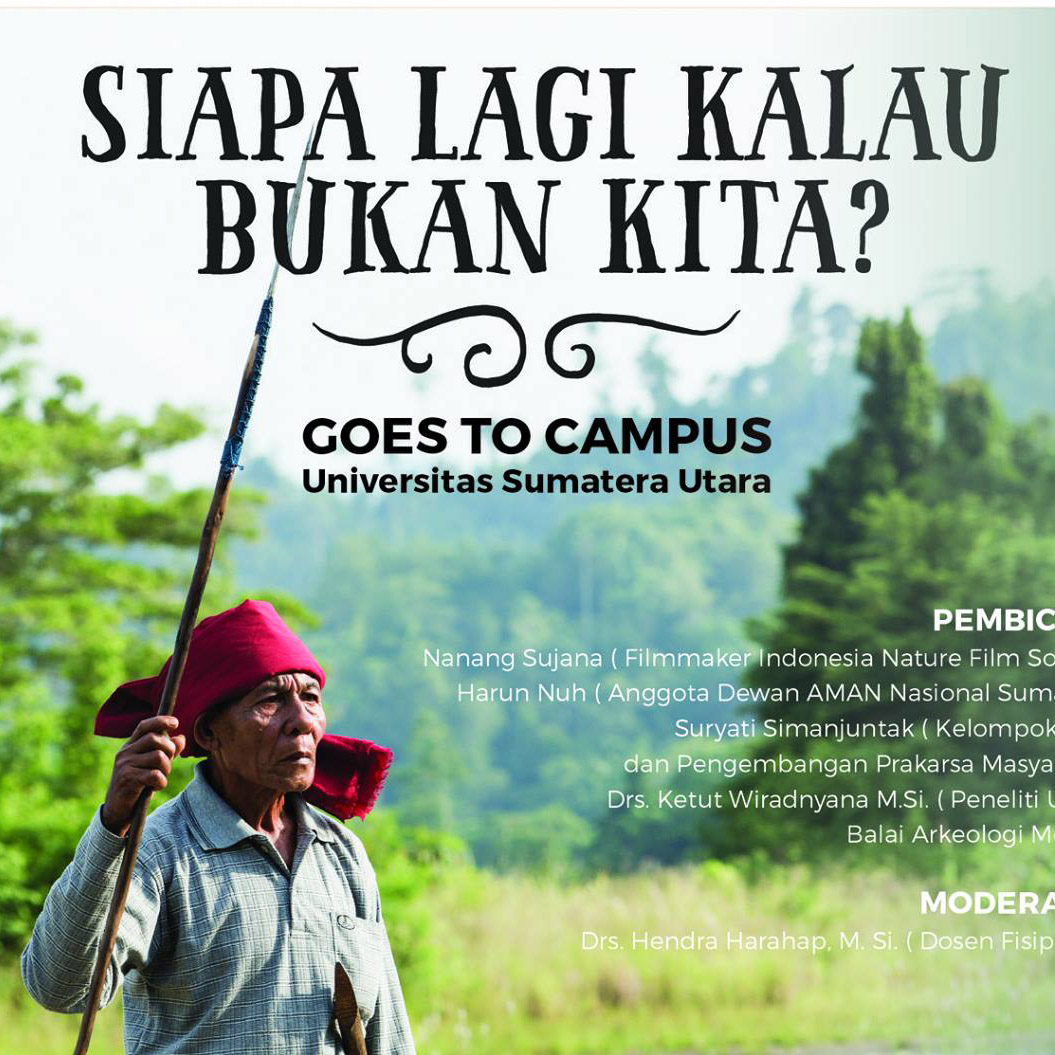 If Not Us Then Who? – Goes to Campus across Indonesia

Our partners at Indonesian Nature Film Society are taking stories of indigenous peoples directly into university and colleges across the country. We catch up with them to find out more:

Why we you doing it?

University is an academic institution that has to be more evocative and critical to the problems faced by indigenous peoples and forest because the existence of the forest belongs to the future generation, they are the one who is going to harvest the benefits. These young peoples will soon going to be leaders and decision makers for the country, by sharing with them the critical condition of the forest and needs to protect rights of indigenous peoples, hopefully they will understand that we need to take a good action on this matters.

We are engaging the university lectures and experts to become resource person in the discussion, so we can get many different points of view on the issue. For example in ITB (Bandung University of Technology) we partnership with resource person from National Geographic Indonesia, in this session the discussion more focusing at the problem of art and culture, what happened if these indigenous peoples were disappeared due to the lost of their dwelling in relation to the lost of a culture?

In North Sumatra University (USU) Medan, we are inviting the local partner and indigenous peoples who were in the front line of the struggle, Suryati Simanjutak from KSPPM, Rusmedia Lumban Gaol and Jupendi from Pandumaan Sipituhuta Community and to give an interesting angle on the issue we invite Drs. Ketut Wiradnyana M.Si. from Medan Archeology Study Center.

What is the reaction from the students?

The students were enthusiastic and asked about what can they do to overcome the issue. One of the students plan to create petition on change.org to help Pandumaan Sipituhuta community. Another student write in her blog about her experience attending this event (http://jeveuxuneaugmentation.blogspot.co.id/2015/12/siapa-penjaga-langsung-hutan-di.html), she even said that it is too bad none of the speakers come from geography background, because in geography they also learn about indigenous peoples. This discussion focussed on the political importance of indigenous mapping, not just maps used by geographers as a science and tools. The discussion in Medan attract more participants because the location close to their context and many questions arise during the discussion.

Where have you been and where are you going?

We have been visiting 3 universities; University of Indonesia (UI) in Depok, ITB (Bandung University of Technology) in Bandung, North Sumatra University (USU) in Medan and we planning to visit Bogor Agricultural Institute (IPB) in Bogor this February.

Which films are you showing?

Dayak & Drones, From Our Ancestors, Hope, Forest People of Tobelo Halmahera, The Warden of Jargarian Forest.

We will be following the Goes to Campus pilot as it continues its journey across Indonesia!