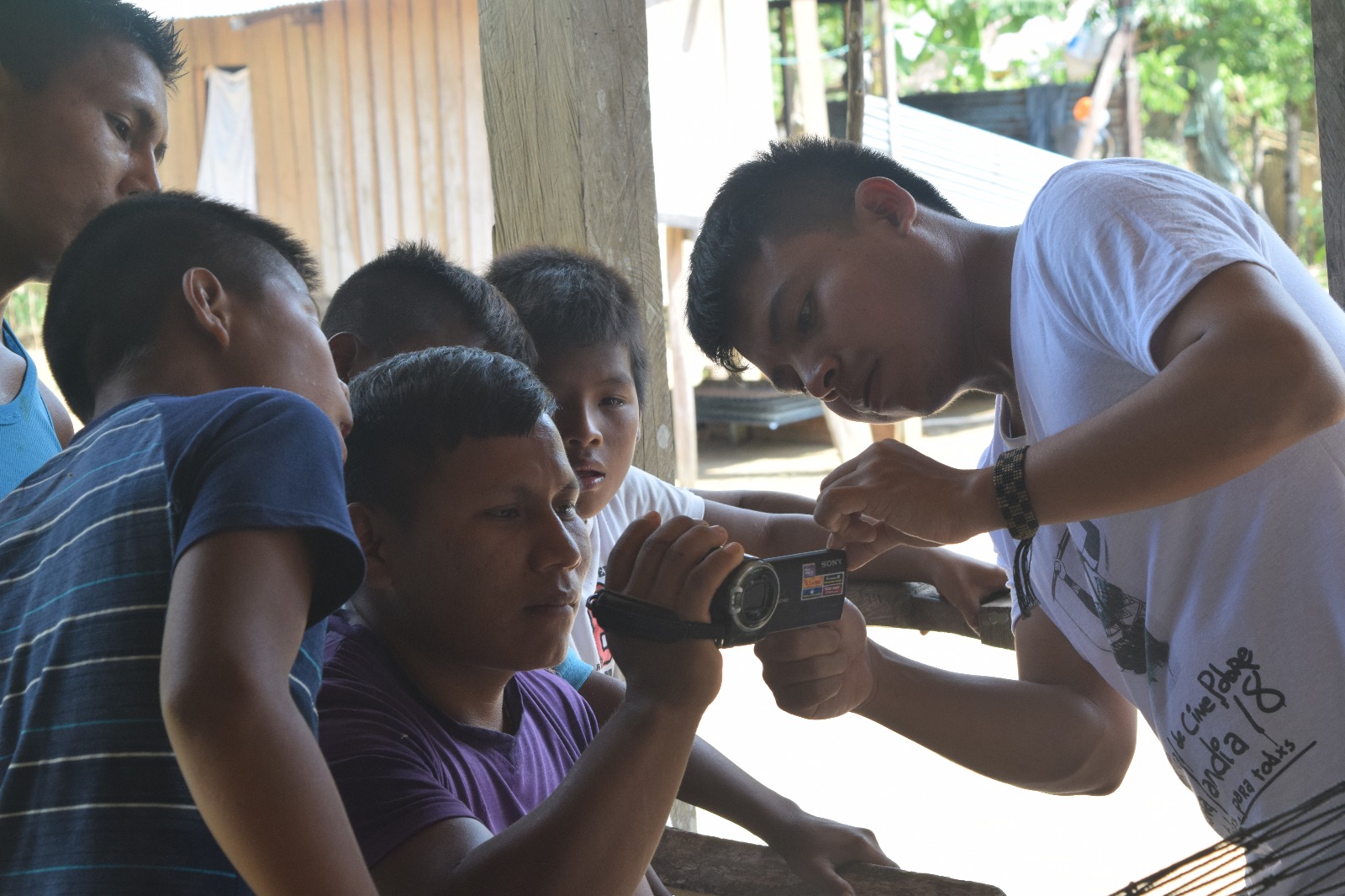 To celebrate Indigenous Peoples Day 2018 we are showcasing some fantastic work being done by indigenous youth activists around the world.

Meet Ivan Jaripio Embera indigenous filmmaker, from Panama, whose talent for cinema has led him to win several festival prizes and funds for film creation. It has also meant he has become a spokesman for his community and for other young indigenous peoples. This year he created and organized the first edition of Jumara International Indigenous Film Festival of Panama.

What have you been working on?

The purpose of the festival is to give voice to indigenous peoples from all the nations, to make their fights, their beliefs, their culture, customs and cosmovision visible. In such a space where the audiovisual work has important value and also recognises and supports the filmmakers who create.

The first Jumara Panama International Indigenous Film Festival, took place at Piriati Embera Community on July 12, 13 and 14th. During those three days we hosted 1,325 people, including visitors from the city and neighbouring communities.

What motivated you to organize this festival?

I have participated in different national and international festivals and it is very rare to find productions made by indigenous and about indigenous subjects. That is why I am motivated to hold an indigenous film festival organized by indigenous people.

Why is it important that youth take a lead in these activities?

It is important because everyday inequality is bigger and it is hard to fight against that. An audiovisual medium is a tool is more powerful nowadays, I use this medium to face that inequality and the fights for equal opportunity rights. Youth are the key people to do this work.

What do you want other youth in the world to do with your stories?

I would like other youth to narrate their own stories from their own point of view, making in particular indigenous cinema, that way we can make a difference and have a cinematic style with identity.