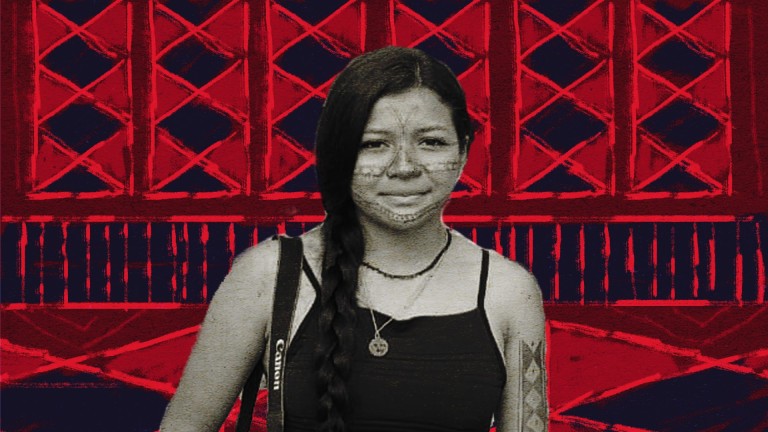 Luciane Saw Munduruku, more known among her friends and relatives as Beka Munduruku, is 18 years old and lives in Sawre Muybu village, located in an indigenous land with the same name between the cities of Itaituba e Trairão (southwest of Pará, Brazil). For some years, Beka has been being part of the audiovisual group Munduruku from medium Tapajós. The group, which is formed by young women Munduruku, was created in 2014, in the first phase of the self-demarcation of her people’s territory. Since then, Beka has been advanced her studies along with the struggle actions and mobilizations for Sawre Muybu&#39;s protection and demarcation, and she has been using audiovisual productions as an instrument to report the invasions in their lands, but also as a means of mobilizing, raising awareness and informing their relatives. In addition, she shares this journey with other peoples and also non-indigenous persons, because through these images, with the storytelling from elders, witchdoctors, “puxadoras”, midwifes, women and men warriors, it’s possible to tell the Munduruku people’s history, their sacred places and ancestors, showing to the world that the Munduruku people is still a warrior people.