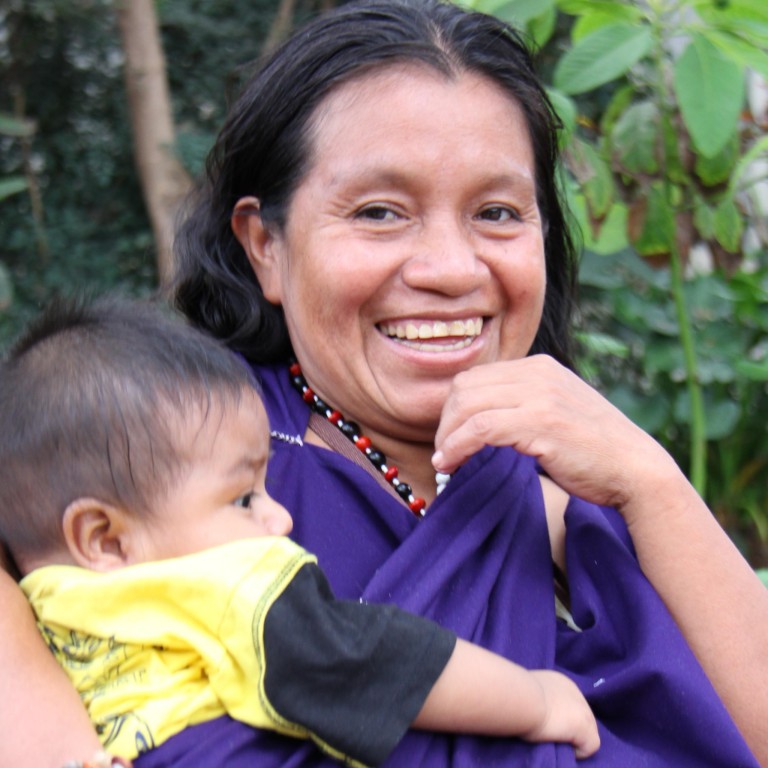 Widow of Jorge Rios, who was murdered in September 2014, along with Edwin Chota and 2 other Asheninka leaders. Ergilia alongside her daughter, Diana, has continued the fight for land title in the Saweto – Alto Tamaya community in Peru. She spoke at numerous press conferences in Lima building up to and during COP20 she was interviewed on Democracy Now.

After returning to Saweto for the first time since the death of her husband, she was elected president of the community in December 2014. The community had been without formal leadership since September.

On Friday, January 30th, 2015 the Ashaninka indigenous community of Saweto – Alto Tamaya was granted its land title. The title will cover 78,611 hectares in the province of Ucayali along the Peru’s remote border with Brazil.

Ergilia is the mother of six children.