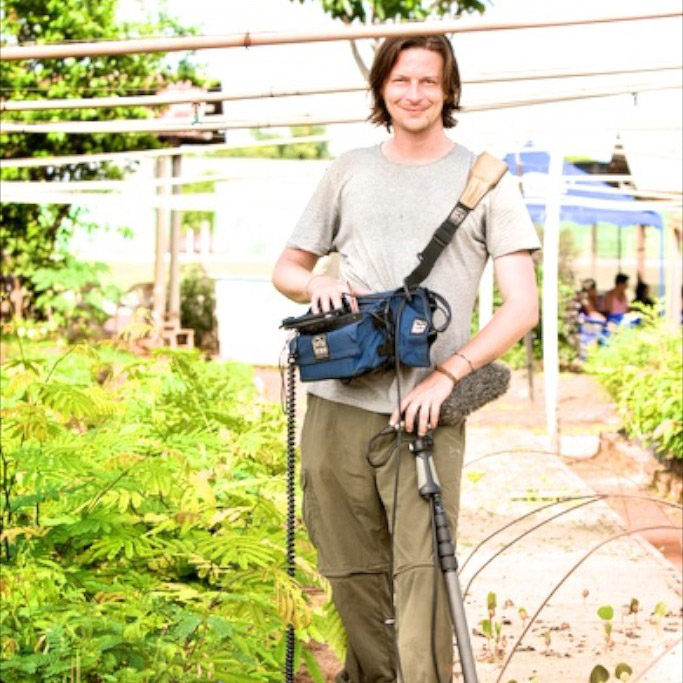 Working as a producer, sound recordist, video editor, photographer and writer, Tim Lewis produces documentary films for a wide range of international charities and government agencies. Tim’s experience also includes broadcast and corporate pieces, ranging from glossy arts and celebrity portraits to feature length documentaries. His work has taken him to many difficult, challenging and diverse locations. Filming indigenous communities in the rainforests of Indonesia, Brazil, Central America and Africa; interviewing refugees on the Thai-Burma border, survivors in the debris of Tacloban in the Philippines, following civil rights campaigners through war torn Liberia and the Congo, climbing volcanoes and glaciers in Iceland or filming in the cockpit of Concorde. He is a co-director of Handcrafted Films Ltd.